Whitstable has long been popular with the down from Londoners, and it’s old fashioned charm is no longer a secret to those wanting a quick break away from hectic city life. However, it’s also a great place to visit with children, and will tick that ‘wholesome childhood memory’ box as well as being enjoyable for all the family. Here’s our verdict after our trip to Whitstable with kids. 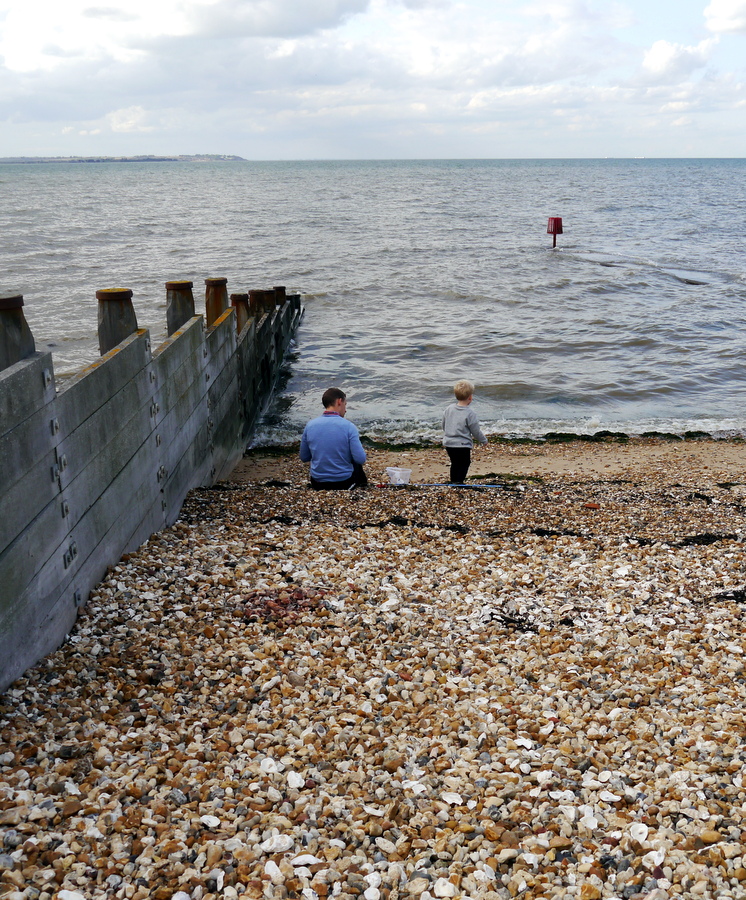 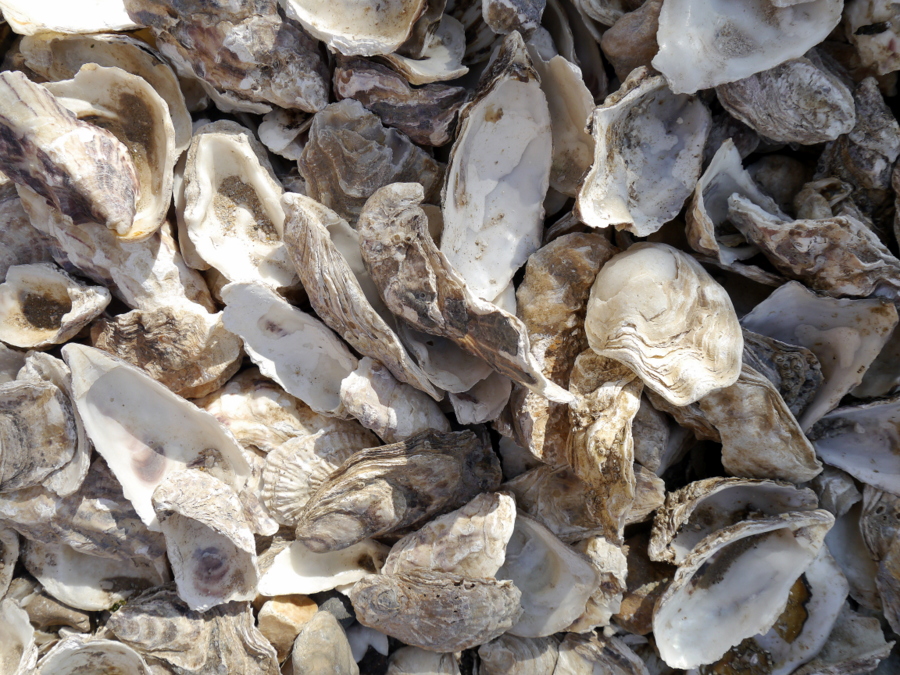 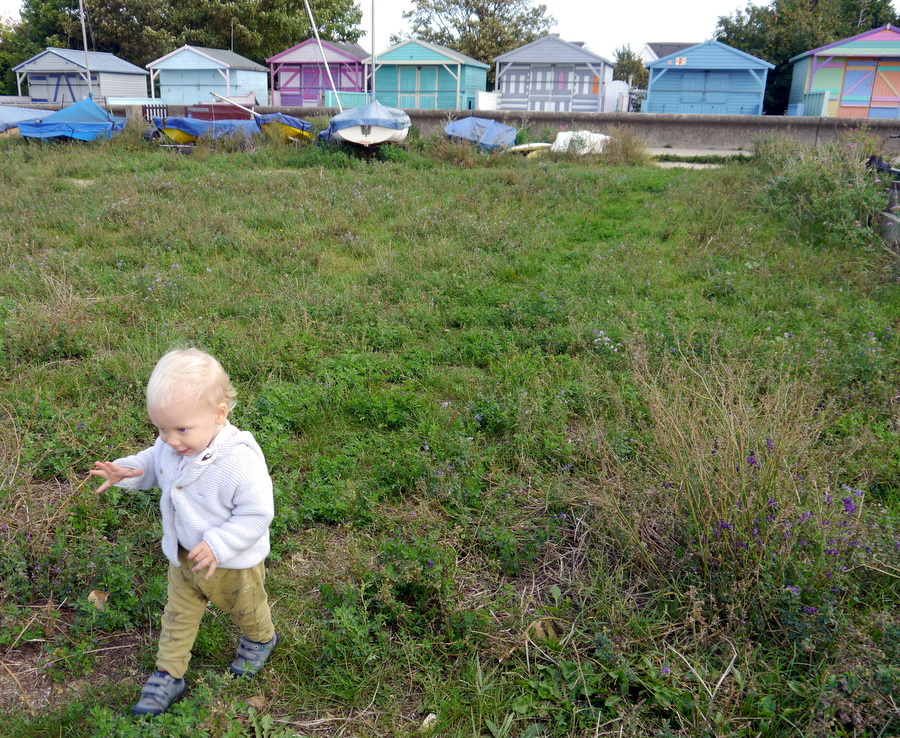 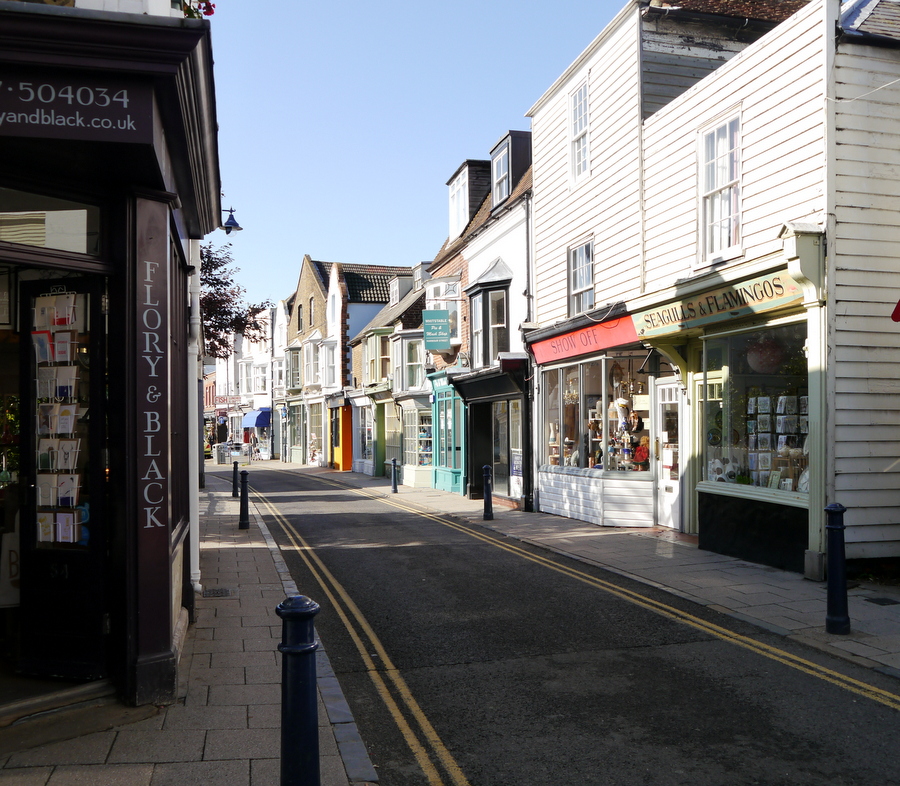 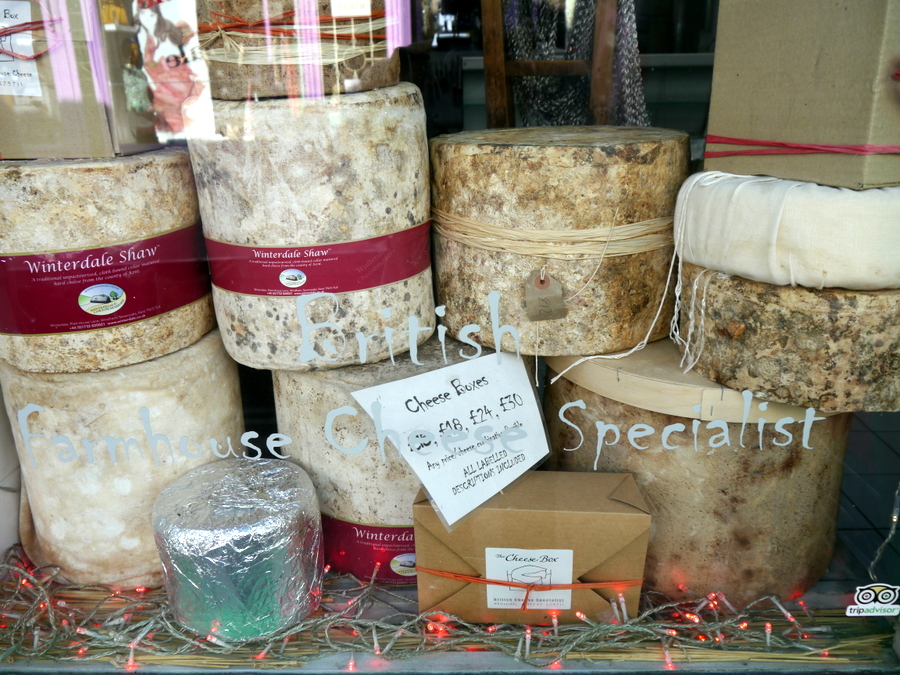 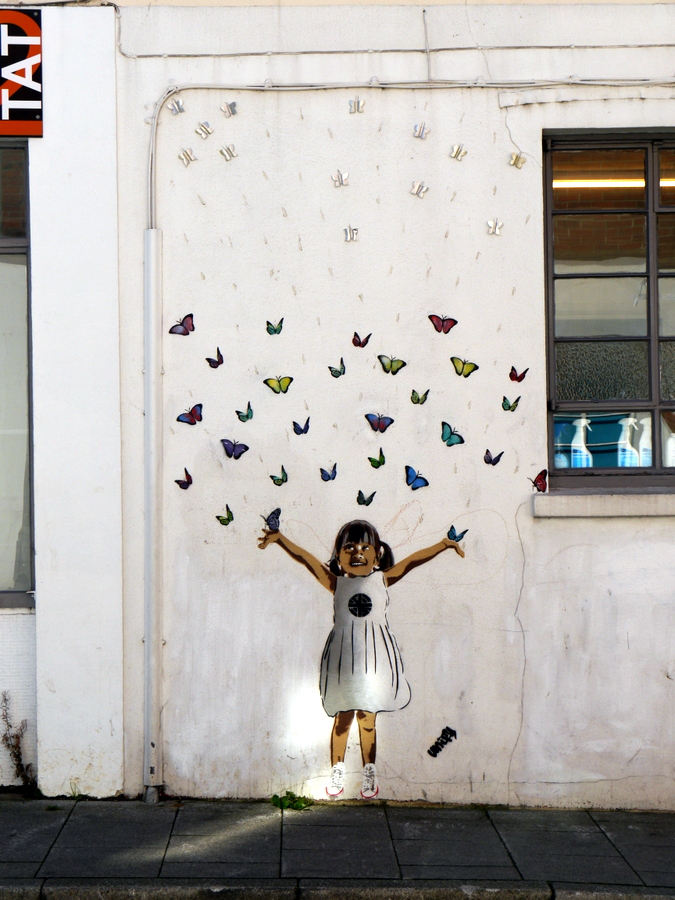 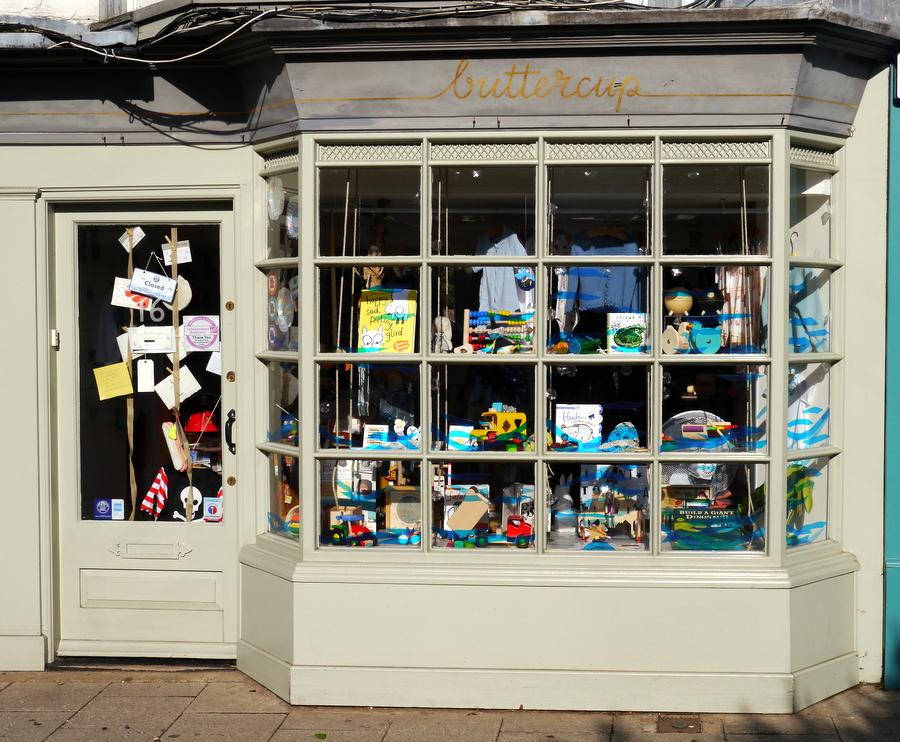 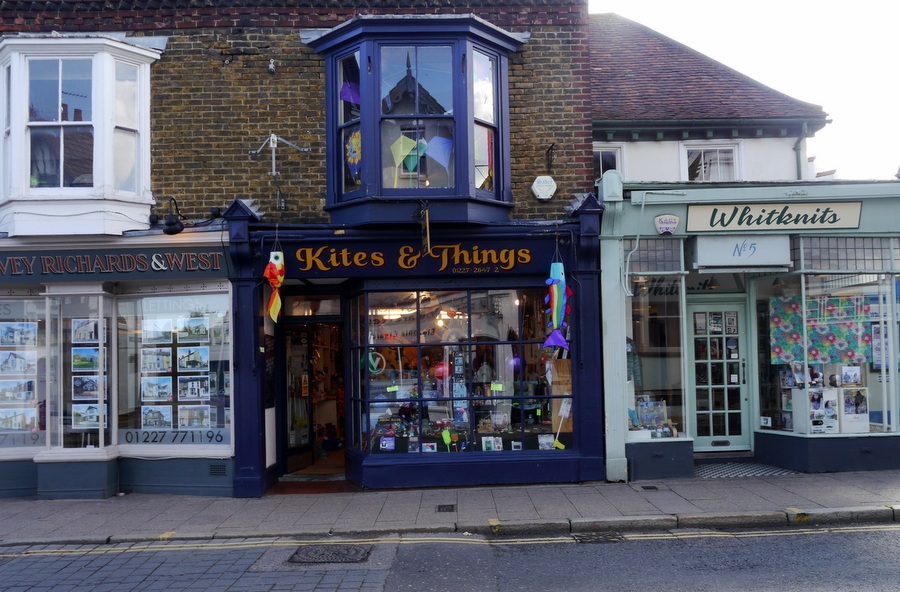 What to do in Whitstable with kids

We arrived on a blustery, moody afternoon. Rain poured down in sheets as we scrambled to get all our belongings into our home for the weekend. iPads assembled and hot chocolate made, we hibernated inside and hoped that the weather would be kinder in Whitstable in the morning. Otherwise we had a lot of Netflix watching to do.

It was, luckily. Still breezy, but bright and refreshing. Seagulls whirled and shrieked like alarm clocks and the briny, fresh air did more for me than any double espresso could. We explored the high street first. The windy, medieval main Harbour Street and High Street are a combined 1.5ish miles long, packed full of interesting, unique independent shops. Vintage clothes emporiums sit next to old-school homewares stores. Teeny, tiny art galleries perch opposite kitsch ice cream parlours. There are also plenty of shops to keep little ones happy. Buttercup and Peekaboo for children’s clothes, toys and gifts. Sugar Boy and Sundae Sundae for an overdose on retro sweets and ice cream and the Kite Shop for, yes, kites.

After filling up on shops, coffee and cake, we giggled as we tried inching our way down ‘Squeezegut Alley’, a bottleneck lane that ends up on the Island Wall. Dreamworthy clapboard holiday homes spill onto the coastline and gaze out to sea on the Island Wall. It was back in the 1990s that many Londoners cottoned onto the fact that this charming little Kent seaside town had got it going on, and these Island Wall homes got snapped up.

Prices here now rival the outskirts of London. Yet despite its popularity Whitstable manages to retain it’s old fashioned charm. It’s arty but not pretentious. Chic but straightforward. Cute but not too quaint. There is a pleasant convivial feel about it and a wide demographic of ages pottering about.

For lunch, it would have been rude not to have fish and chips on the beach. Oysters and prosecco for the adults. Standard fare in Whitstable. We spent the rest of the afternoon mooching about the seaside. It’s a shingle beach, and, shhh, not actually that Instagram-worthy. Black, crunchy seaweed mingles with scrubby, salty grass and some of the beach huts look a little unloved, but this just adds to the dischevelled Hamptons vibe. Whitstable is like an old leather sofa or reclaimed kitchen table. Not manicured but loved all the more for it. Kids don’t care about any of that though. They were more than content filling buckets with stones, and emptying them again, attempting to skim stones across the breaking waves and running about playing catch.

One of the highlights of Whitstable is the chance to go crabbing. The best spot is apparently at West Beach, a 15 minute walk west of the centre, but we tried at the pier the following morning. The harbour is another good option. Grab a line at Sundae Sundae or George’s mini mart and some bacon rind from one of the butchers on the high street. Put some bait into the net, lower into the water, and wait. Happiness is watching your kids shriek with delight as they strike gold, pull up a crab in their net, then inspect it open mouthed with concentration.

Back at our cosy old fisherman’s cottage, rosy-cheeked and smelling of the sea air, we had another hot chocolate before heading home. And we never though once about our iPads since that first evening. Crabbing is far more interesting than Netflix.

Other things to do in Whitstable with kids

Visit Whitstable Museum and Gallery, on the High Street. Small but perfectly formed.

Watch the boats come in and go out at the working harbour., built in the 1830s.

Hire bikes and cycle the excellently-named Crab and Winkle Way, a disused railway line that runs 7 miles from Whitstable to Canterbury.

Where to eat in Whitstable?

There’s plenty of chain restaurants if you want to keep it easy, but most places in Whitstable are welcoming to children. We stopped for steaming coffee and toasted teacakes at the Whitstable Coffee Company (39 High Street). For dinner we had fish and chips from VC Jones, a family-owned fish and chip shop. Wheelers Oyster Bar and Jo-Jo’s are the most popular places in town to eat, for oysters and Med-inspired food, though may not be that suitable for the younger ones.

Where to stay in Whitstable?

Whitstable is crammed packed with cute two to three bed terraced cottages (generally furnished with a nautical theme). We booked through AirBnB and stayed at Seabird Cottage, a converted fisherman’s cottage just off the High Street. If you are going with a larger crowd, you can’t beat The Beacon House. 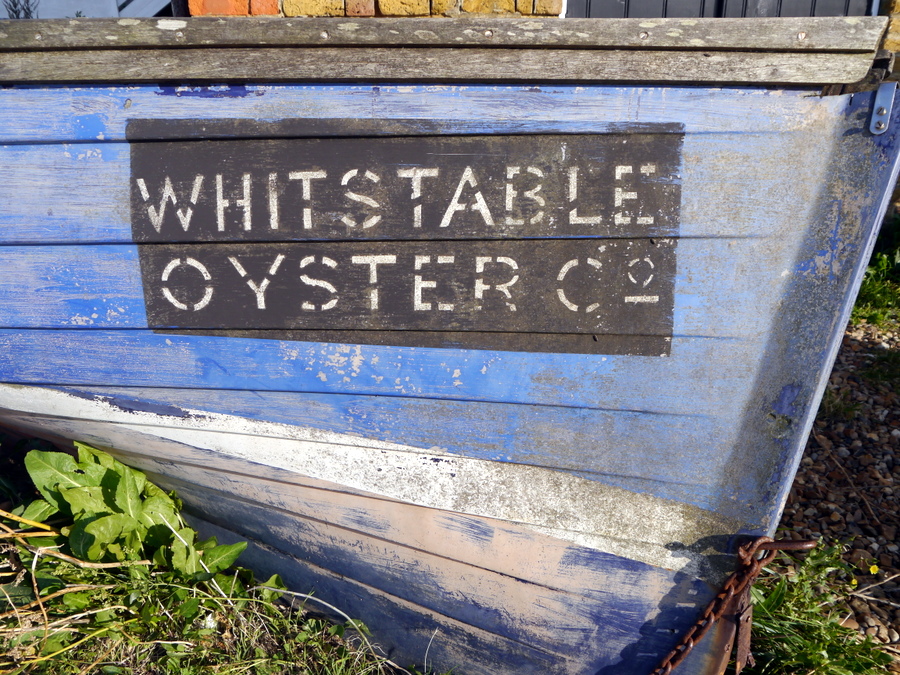 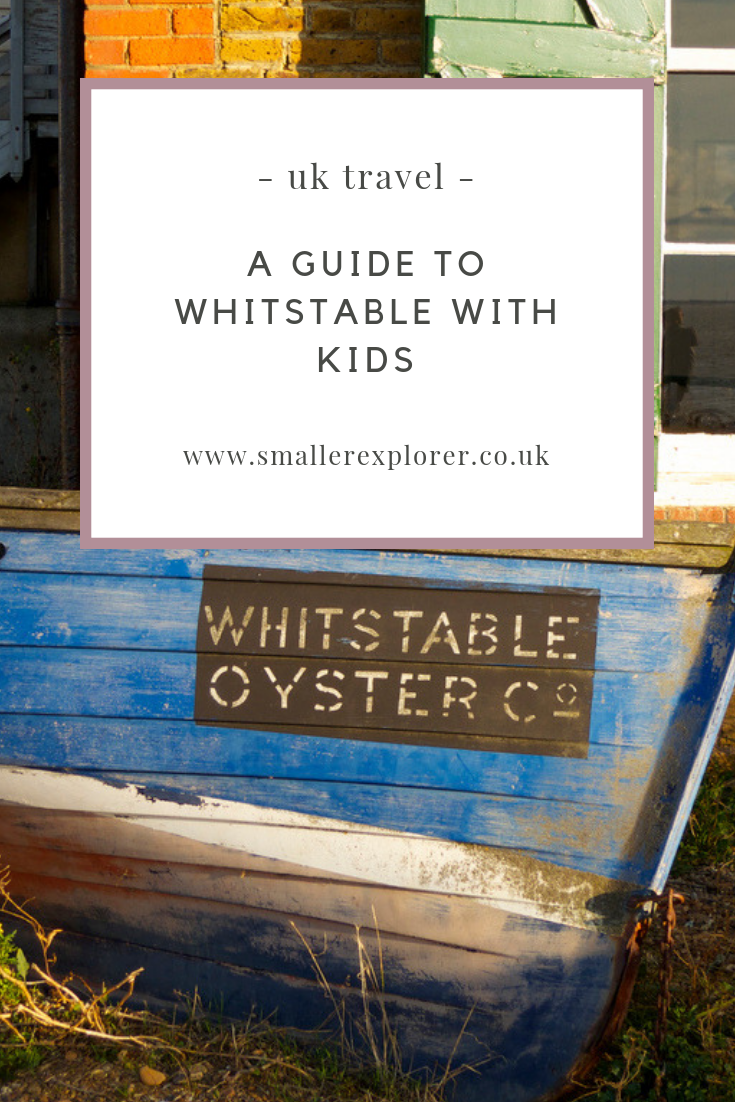 Family day trip to France itinerary: where to...