One of my favourite organisations is Adventure Uncovered as they promote ‘adventure that matters’ – which is totally up my street. I love flying the flag for responsible travel and tourism, and ethical adventure goes one step further, by creating less impact than more mainstream tourism, and doing something along the way too to promote social or environmental change. So most of my adventure dreams include something to this effect too, or at least, they are low impact forms of travel – on foot, bike, in the water, by horse. And many are based in the UK too.

There is also a running slant to many of these I’ve noticed, as this is my first love, but my eyes have been opened to the world of cycling since having kids, as I think it’s one of the best forms of getting around and doing more with small people and, of course, solo or with other big people! I’m a little scared of climbing, truth be told, so unfortunately I’ve not included anything that requires crampons and a stomach for heights I’m afraid.

Adventure ideas in the UK

Do some scenic but challenging marathons like Scarfell Pike Trail Marathon. Then I could pretend I was a mountain trail runner like Lizzy Hawker! Even the lesser-distance races of the Lakeland Trails look incredible, and are definitely doable with family commitments too. What an amazing summer holiday experience that would be up in the Lakes. Might even whisper Bob Graham Round, while we’re at it.

Either run around the 5000 mile coastline of the UK like Elise Downing or run JOGLE (John O’Groats to Lands End, 1000 miles). As a warm up, there’s the 106km perimeter of the Isle of Wight to jog around or the Ring of Fire 135 mile Ultra in Anglesey!

Visit all the UK’s small islands and do some wildlife volunteering along the way. I’ve become really intrigued by our islands. Did you know the UK has over 180 islands?! As a starter I’d go to Lundy Island in Devon, St Agnes in the Scilly Isles and Bardsey Island in Wales, then trek off into the wilds of Scotland to stay in some of their unspoilt and pretty remote retreats such as Coll, Gigha and Lismore.

Run the capital ring in a day picking up plastic (aka plogging) along the way. ‘Plogging’ is becoming a thing. Maybe 2019 will be the year of the plog, who knows? Either way, I’m sure there’s probably a lot of rubbish around the capital’s mega circular footpath. I have, in fact, run half of the capital ring already in one go, so it’s a start. It was hard and I ate pizza and McDonalds along the way, which eased the pain slightly.

Hike the length of the Thames and camp along the way. Ian Finch, photographer extraordinaire, has done this. It looks like an amazing adventure, and such an insight into the diversity of our waterways.

Take a pilgrimage down the Old Way from Southampton to Canterbury. How fascinating is this – the British Pilgrimage Trust has discovered an old 250-mile pilgrimage route from an old map from 1360. What a cool, historic adventure it would be to retrace the steps of our past. Probably doable with children too over a long period of time. This would also be a great biking adventure.

For some wow-factor, I’d love to hike the Hebridean Way, 150 miles of pure heavenly scenery. In fact, this might also be doable with older kids too if you take a small section, or have all summer! Alternatively, the Pennine Way looks amazing too.

Camp in some of the UK’s remotest places. I have never been wild camping in the UK. Sad fact. So common in Africa and Australia – and wild camping there gave me some of my most fond memories too, so I really want to recreate some of that wilderness magic in the UK. Though we’re a tiny island, there are still many, many wild places – Orford Ness, Connemara, Dartmoor, much of Scotland and Ireland – that look incredible places to camp out in.

Visit some of our wildest beaches. Even better? Camp out on them too. I’m looking at you Par Beach in the Scillies, Covehithe in Suffolk and Uig Bay on the Isle of Lewis. 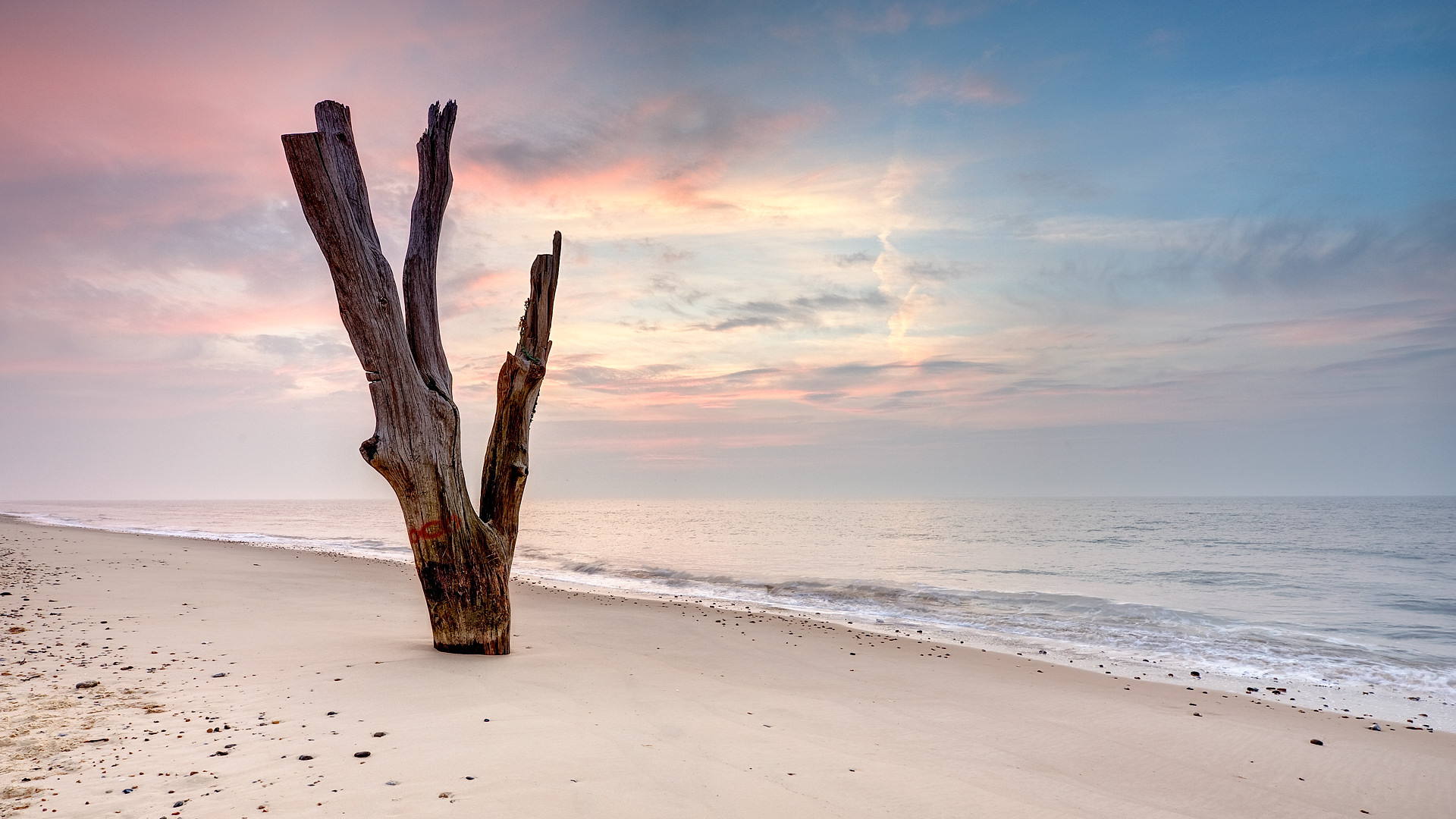 Back to running. First up is the Lewa Safaricom marathon in Kenya, which passes through jaw-dropping wildlife conservancies, while raising money for them at the same time. If I have anything left after that, I’d nip over to South Africa for Comrades, super popular and super tough ultra race.

Take part in the Plymouth to Banjul rally. All you need is an old banger and some faith! The aim is to get from Plymouth to Banjul, 3700 mile, some of which through the Sahara desert, on a shoestring. I really, really wanted to do this trip about 10 years ago but chickened out (and also couldn’t find any other willing volunteers to come with me. I mean, what!!)

I spent a week driving and camping in Namibia, and think this would be a wonderful place to spend longer and go slower by bike. I also think I must have a thing about dead trees in sandy places going by these first two images. 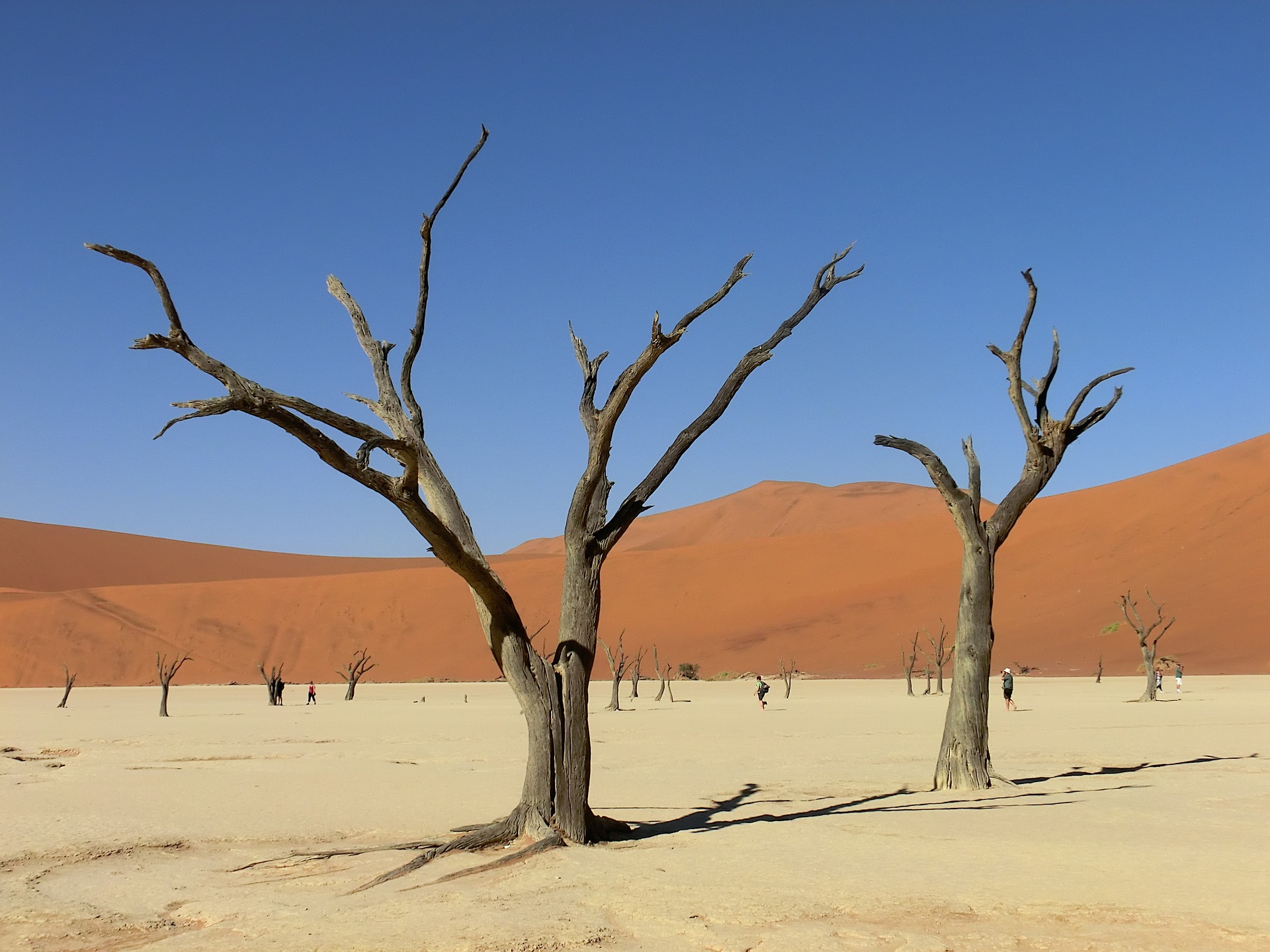 Walk across India, or down. I haven’t quite worked out the specifics yet, but gawd, this would be an amazing journey, wouldn’t it? Alastair Humphries has done it. Maybe some kind of yoga pilgrimage. Also, going off on a bit of a tangent, this tour taking the high road to Kashmir also looks more doable, yet still completely awesome.

Ever since I came across Lizzie Carr, the first woman to paddleboard the UK to raise awareness of plastic pollution in our waterways, I wanted to have a go at paddleboarding. It looks incredibly difficult. But I’m sure it would feel a lot easier when done somewhere like the Mekong! Seems paddleboarding is quite a bit thing in Southeast Asia.

Cycle Thailand, Laos and Cambodia. One of the best days of my life was spent on a ethical adventure cycle tour just outside Luang Prabang with Tiger Trails. Not only was it beautiful, it was a fantastic way to see a more authentic Laos, at a slower pace. I would love to work out a route through my favourite part of Asia to really get behind the scenes.

Iran and the ‘stans on horseback. For true non-touristy travelling and adventure, this is probably the sort of trip to take. My husband has camped and hiked in Tajikistan, and raves about its beauty a lot. That, combined with the thrill of travelling with a four-legged friend would be the adventure of a lifetime. 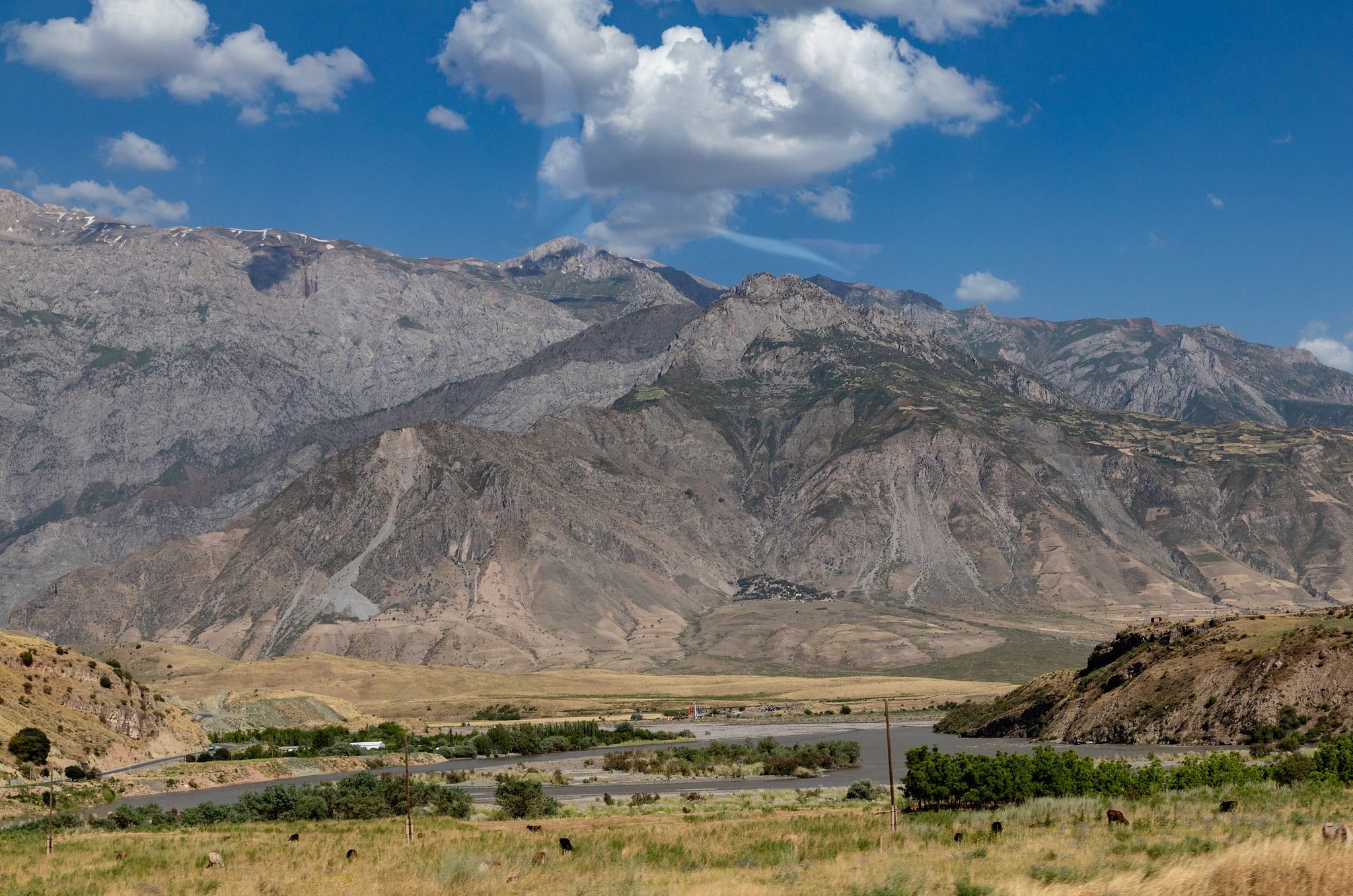 View of Afghanistan from Tajikistan

Adventure ideas in the Americas

Hike the PCT. Yes, I’m a (walking! ho ho) cliche. I’ve read Wild by Cheryl Strayed along with millions of others and now want to retrace her steps from Mexico to Canada, all 2,650 miles of it. There’s something about going back to basics, fending for yourself, and properly being in the wilds that really gets to me. Who’s with me?!

Wild camping and canoeing through Patagonia. Pretty much the ideal country to explore via shimmering waterways. It’s surrounded by fjords and divided by rivers. 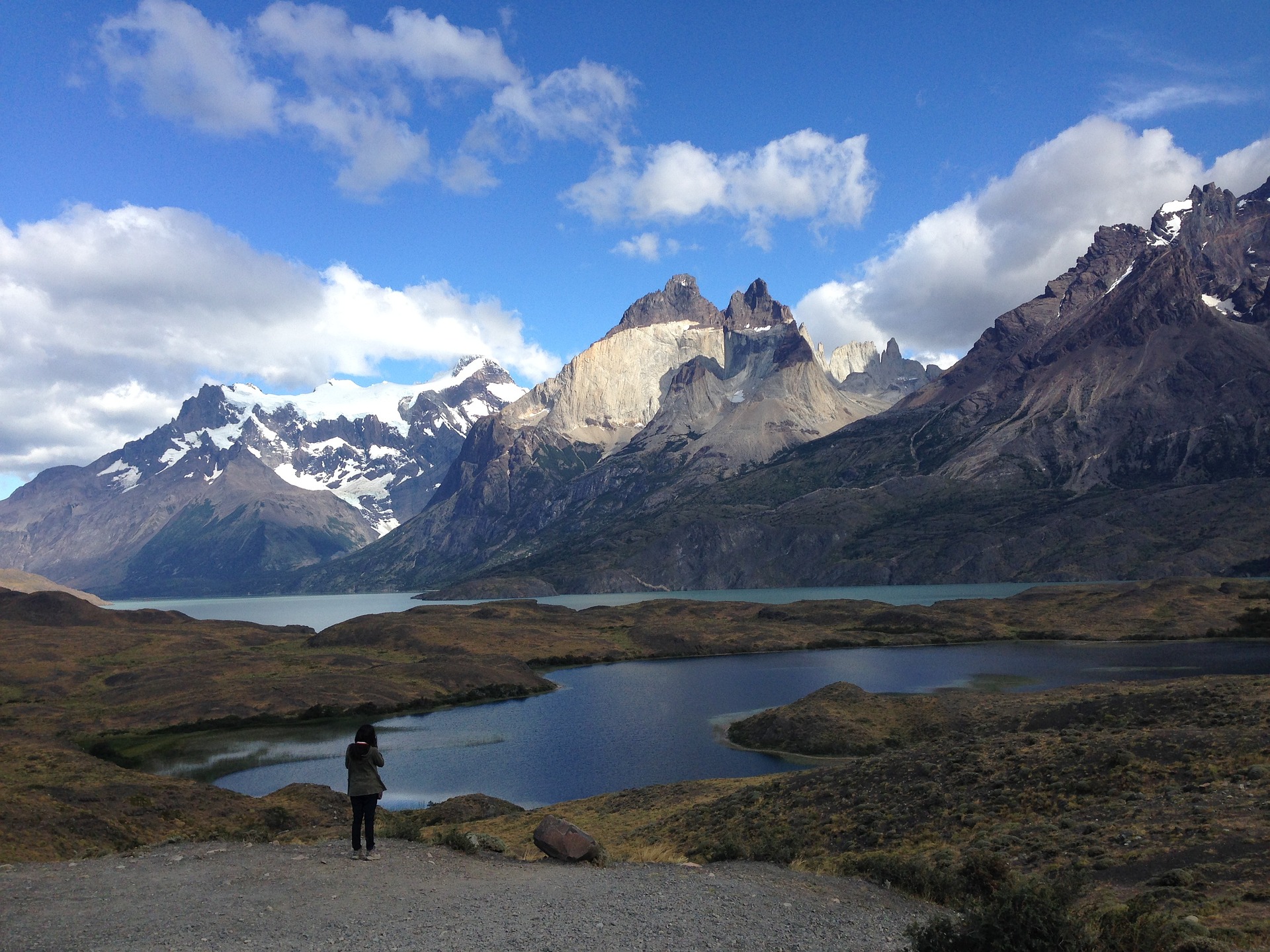 Run the Outback marathon. You’d have no problem keeping warm on this I wouldn’t have thought. Ah go on, maybe even a trek across Australia by horse or bike too.

Attempt 30 marathons in 30 days or 2000 miles in a year. Where better than Europe? Either solo or organised. Some notable places worthy of your trainers stomping through them include the Azores Trail in Portugal (there is also an organised race yearly here), the Laugavegur trail in Iceland and along Albania’s epic coastline (who knew? You heard it here first). To whet your appetite further check out this list of Europe’s long distance trail paths, and imagine the hikes, running or cycling you could do.

Horseride around Iceland. On an Icelandic pony. Probably best in summertime. I’m not a cold-loving person either. So, yes, definitely a summer adventure.

Run the Ultra Tour Monte Rosa (UTMR). Most people have heard of the UTMB – the seriously hard even to get into mountain trail ultra race in the Alps. The UTMR follows the UTMR trail which circulates the second highest mountain in the Alps. Going full circle back and linking to my first adventure, it was set up by Lizzy Hawker, and is more accessible to all (though still extremely challenging). Anything from Lizzy Hawker is a win with me, and I’d love to take part in this race one day. 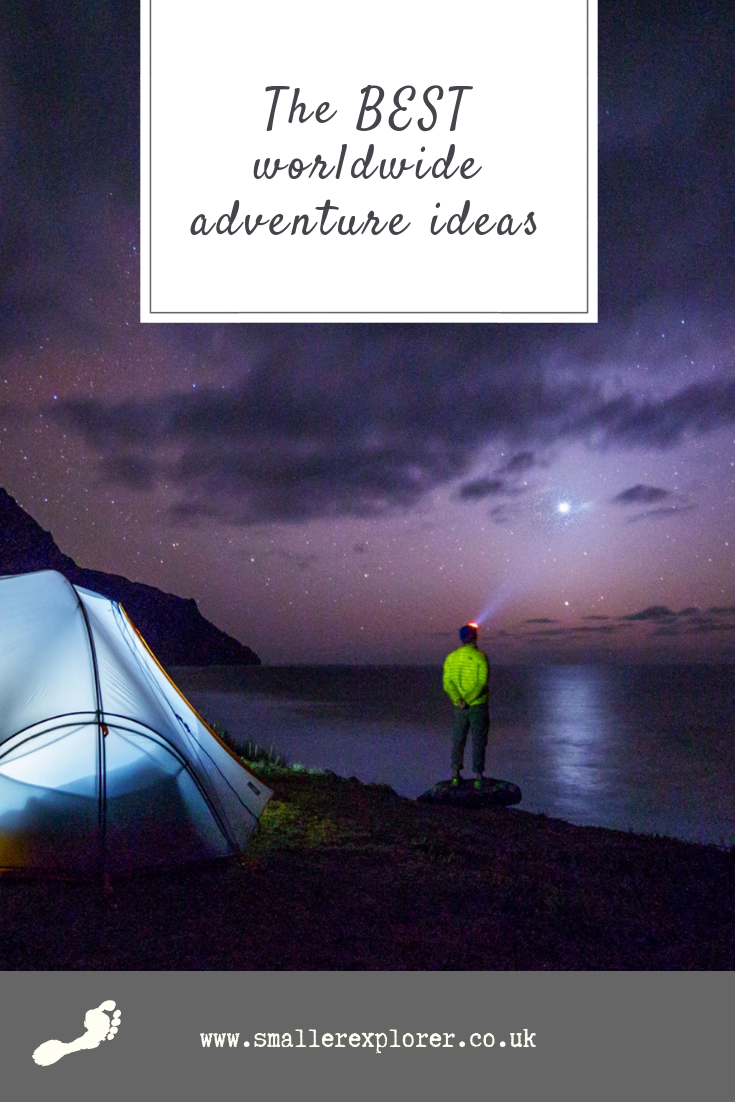 What to do on a weekend in London...

Why I travel and love adventure

I like the idea of visiting all the UK islands, I had no idea we had so many!

I know! Yes I reckon that would be a really cool adventure to do one day

I absolutely love this post as I too have thought a bunch about what we can do when the kids get older. The adventure that matters is something to look forward to for sure! I have done only one thing on your list – ride around Iceland on the Icelandic horse & it was magical. They are such gentle special creatures—and the landscape will blow your mind. Thanks for giving me so much to think about for the future! You are inspirational! #adventurecalling