London with kids – for outdoor explorers

Saturday – Browse round villagey Hampstead before wandering through the vast Hampstead Heath. Hampstead Heath has loads of different aspects to it – meadow, woodland, ponds and playing fields. Don’t miss climbing up to the top of Parliament Hill for one of the best viewpoints over London. There’s often organised activities going on in Hampstead Heath like orienteering, wildlife walks and free festivals. There’s a large playground near Parliament Hill which has a paddling pool, and a smaller playground on the east side of the heath for under 3s. If you want to venture to somewhere not that well known (and I don’t know why), cross over the road at the north end of the Heath into Hampstead Heath extension and Golders Hill Park. There’s a small zoo here and butterfly house, some dinosaur sculptures plus a gorgeous pegola and garden. Free.

Sunday – Head to Barnes WWT in southwest London, London’s wetland centre which hosts over 100 acres of watery wildlife. It’s buggy friendly and the centre puts on loads of family activities to enjoy such as feeding the otters and pond dipping. There’s also a fab outdoor playground and indoor discovery zone. ££

London with kids – for book worms

Saturday – Head east to Discover – the children’s story centre in Stratford, east London. You and your family can step inside your favourite books here and get involved in interactive exhibitions and make believe. We’ve not been yet but it looks amazing and it’s top of our hit list. ££

Sunday – Before stopping to get a classic photo at King’s Cross platform 9 3/4, board a train out of London to Hertfordshire for a tour of where Harry Potter was filmed. You can visit the great hall, Diagon Alley and the forbidden forest, dress up in your favourite character’s outfits and see all the props and special effects used for the films. Never mind the kids, this one looks amazing for everyone. Magical. £££ 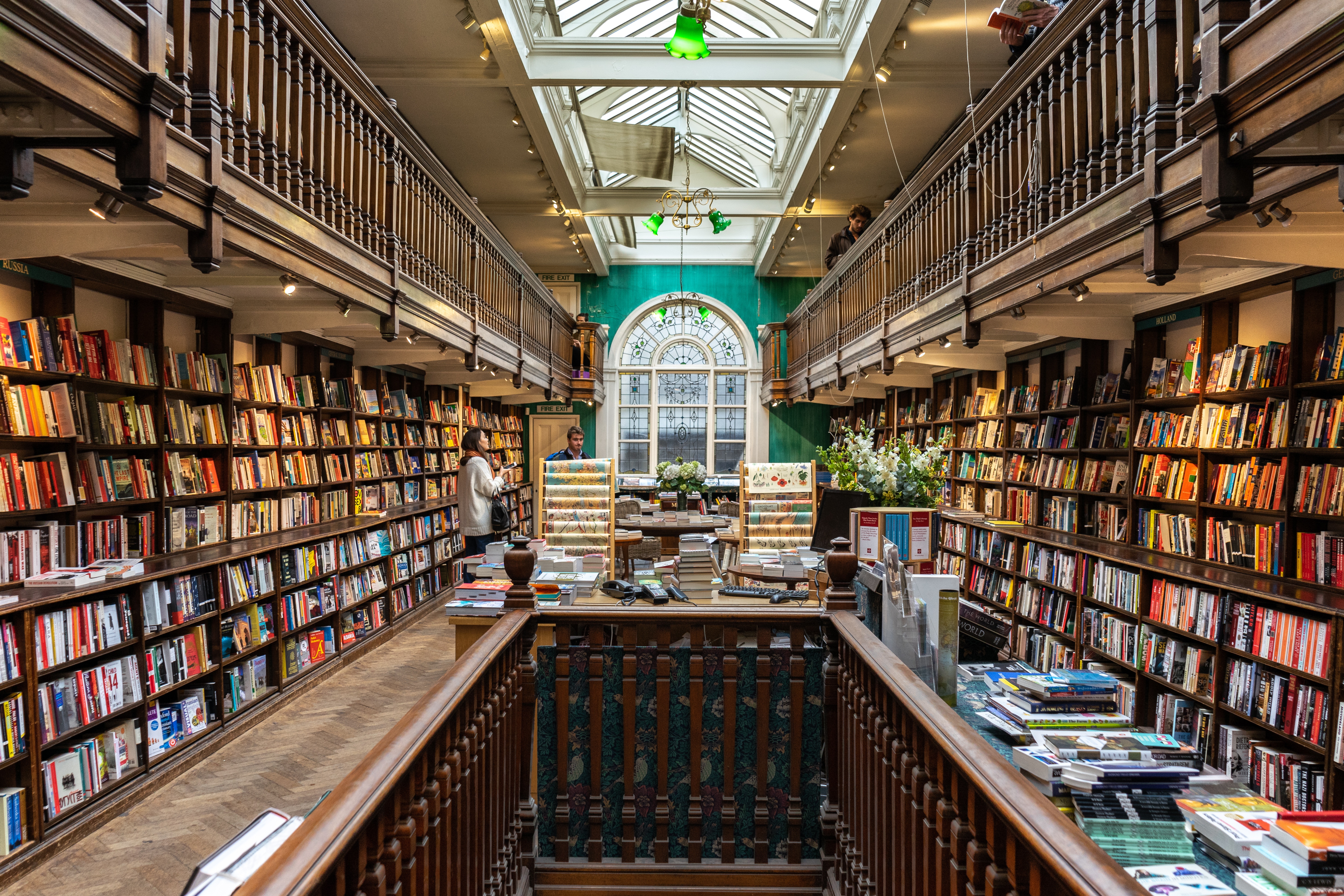 London with kids – for dinosaur lovers

Saturday – Spend the day in Crystal Palace, southeast London and visit the park’s dinosaurs. These are the first dinosaur sculptures made in the world and hold a special place in the locals’ hearts. They are full-size, and lurk in the watery surrounds of the lakeside walk. It takes about half an hour to wander round with children but the park has much more to offer children including a small farm, playground and pedalos on the lake. Free.

The Natural History Museum often runs sleepovers at the museum for 7-11 year olds. Now that Dippy the Dino is not longer in the main hall it may not appeal quite as much, but the sleepover also includes a special trip to see T-rex, a dino t-shirt making craft session and torch-lit walk with museum scientist. It’s essential to book in advance. £££

Sunday – Dinosaurs in the Wild is a very lifelike travel-back-in-time experience to see, you guessed it, dinosaurs in the wild. You get led around a scientific pod with experts teaching you all about different aspects of dino life, and children are encouraged to join in with all the interactive bits, then get to see the dinos up close. It is fairly scary at times, so best not for children under three. Only open until September 2018. Greenwich. £££

After lunch head to the small Grant museum of zoology, for a spot of fossil hunting. There’s lots of bones, skeletons and pickled beasts to gawp at too. Sometimes kids can sift through a big tank to find fossils to take home. £. 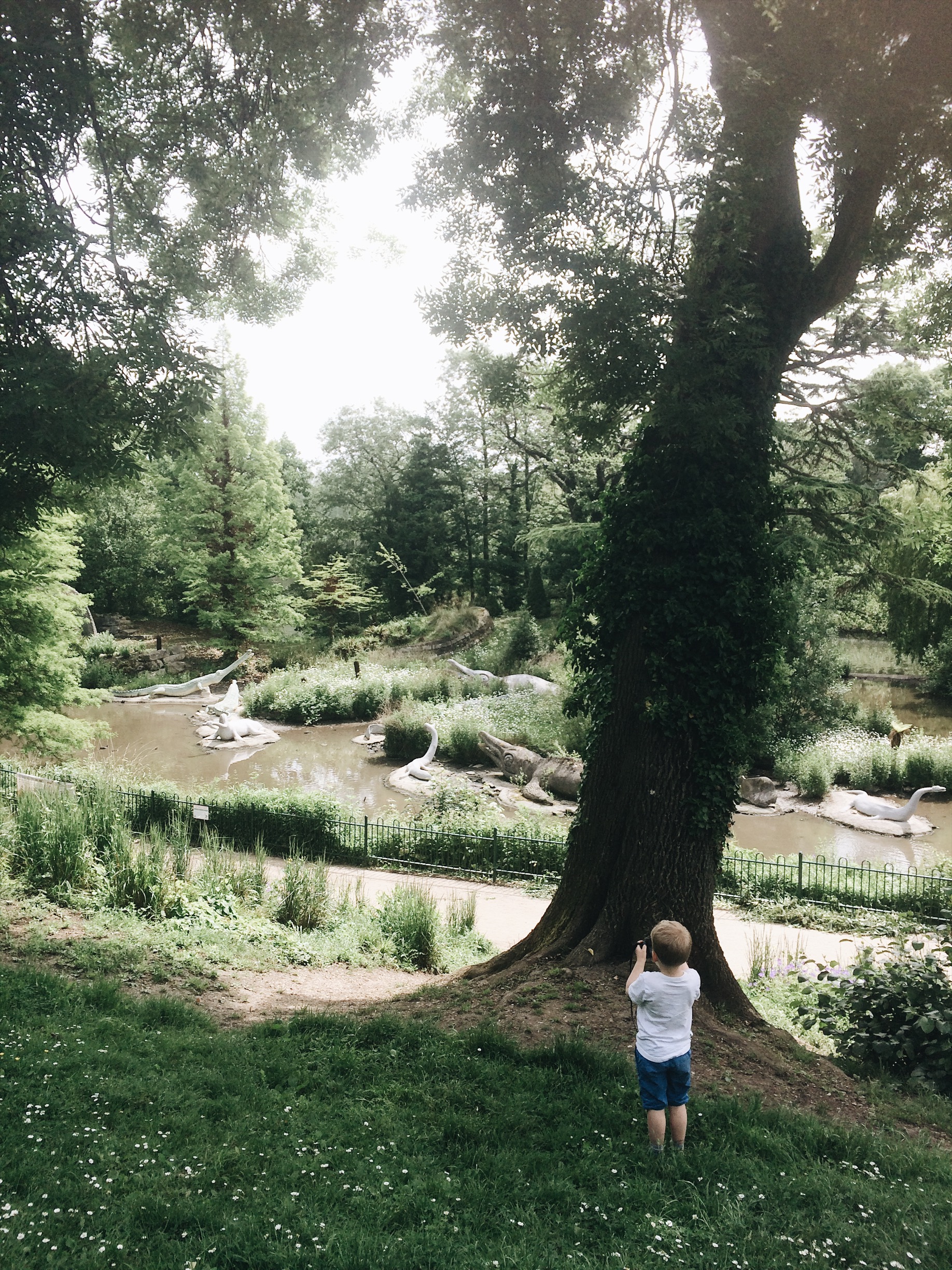 London with kids – for those on a budget

Saturday – Hit the door as they open and take in one of London’s big museums. The Science Museum or Natural History Museum are obvious favourites. After lunch go see Buckingham Palace and see if you can spot the queen. Free.

Sunday – Have fun in one of London’s central parks. Take a ball, pedalo on the lake, hire rollerskates. After lunch take a ride on the no. 11 bus (miles cheaper than the sightseeing bus and takes in most of the best sites). Free.

Other ideas: Coram’s Fields, a central park and playground only for parents and children, walk along the Southbank and potter around the Tate Modern and Southbank Centre, visit Covent Garden, most other museums or galleries. 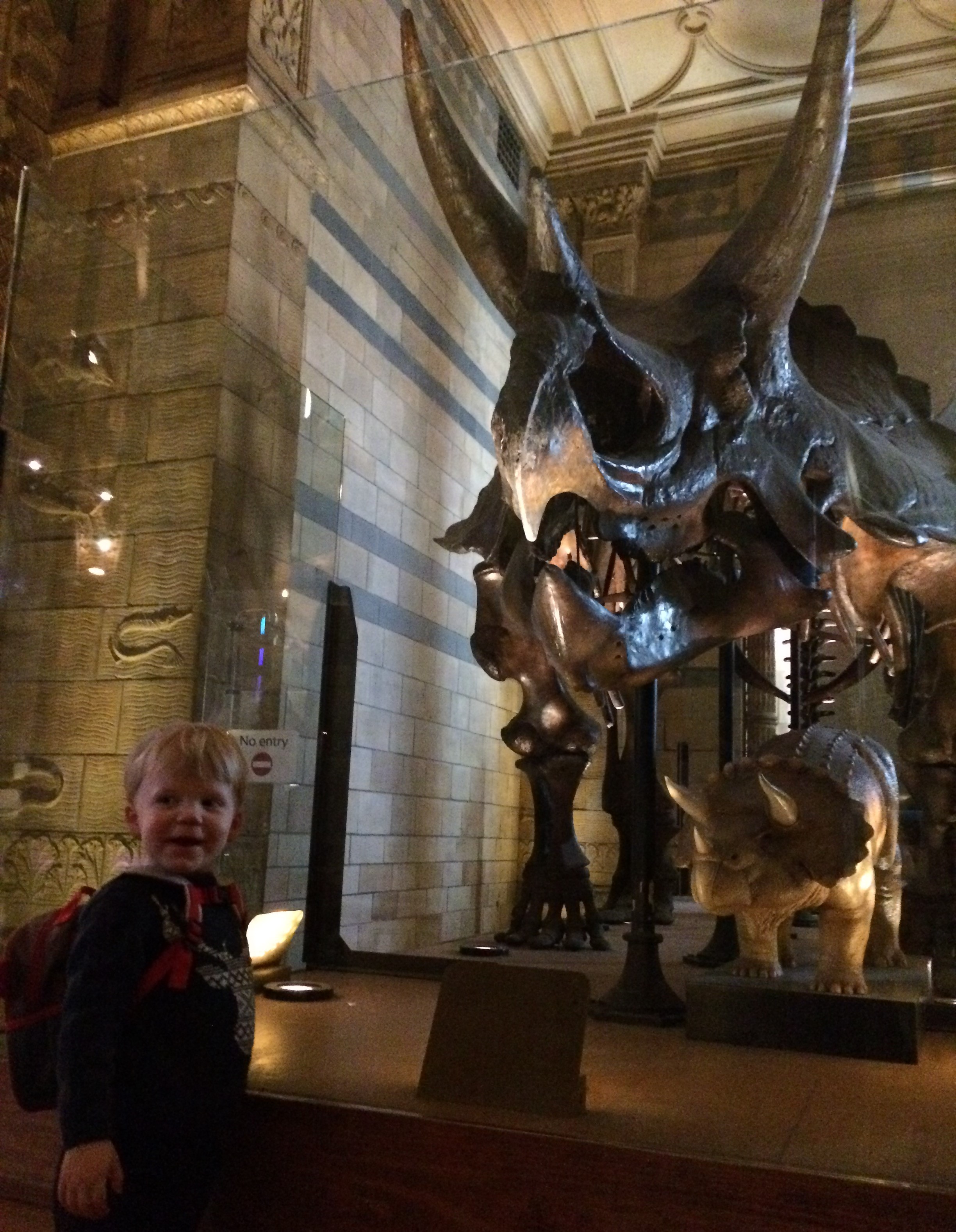 London with kids – for those with tiny newborns

Saturday – The beauty of tiny newborns is they don’t mind where they go, and London is so baby-friendly (buggy friendly, hmm maybe not quite so much on the tube but people WILL help you I promise). If I had a tiny newborn I’d head for a stroll round pretty Primrose Hill shops, houses and park, then sit for a picnic in my favourite London park – Regent’s Park, adjacent to Primrose Hill. That would probably do me for the day and I’d go for a nap in the afternoon! Free.

Sunday – Take in an exhibition of your choice. I was going to suggest baby cinema but they tend to happen on a weekday. Some of the best cinemas in London if you do happen to be up on a weekday include the Electric Cinema in Notting Hill, the Lexi in Kensal Rise, the Barbican, Olympic in Barnes and Everyman in Maida Vale. In the afternoon head to a baby-friendly spa or hairdresser for some pampering. We like Myla and Davis in Herne Hill and the Independent Spa in Clapham. £.

Other ideas: Go for afternoon tea.

London with kids – for teenagers

Saturday- Go on a graffiti walking tour to spot some authentic Banksy art. There’s a two hour walking tour or a four hour cycling tour to explore more of hipster East London and its street art. In the evening go bowling, but gain extra cool points and go to 1950s styled All Star Lanes (branches at Holborn, Baywater, Brick Lane or Stratford). ££.

Sunday – For anyone who liked the Crystal Maze or Knightmare, Cluequest is a must-do. Teams have to solve puzzles to escape through secured rooms. Hinthunt is a similar game if you want more. Then, get physical and tackle a Go Ape course – a treetop adventure activity, where, safely harnessed, you must attempt to traverse a series of very high obstacles. Branches in Battersea Park and Alexandra Palace. ££.

Other ideas: Climb the O2.

London with kids – for animal lovers

Saturday – A trip to London for animal lovers is not complete without a visit to London zoo. For a zoo so limited in space, it packs a hefty punch. It’s committed to conservation (the zoo falls under the ZSL, Zoological Society of London) and there’s plenty of educational opportunities to learn about wildlife conservation and donate to the charity along the way (if your entry ticket wasn’t enough). We love the gorillas and lions, but also the creepy crawlies. The play areas at the zoo are also amazing, and the grounds are extremely well kept. For those who want to work with animals you can even be a zookeeper for the day. £££.

Sunday – Hackney City Farm is a lovely city farm with ducks and chickens roaming around, plus donkeys and goats to pet and a garden to enjoy. The farm has a warm, rustic feel and the cafe tries to use its own produce as much as possible. £. 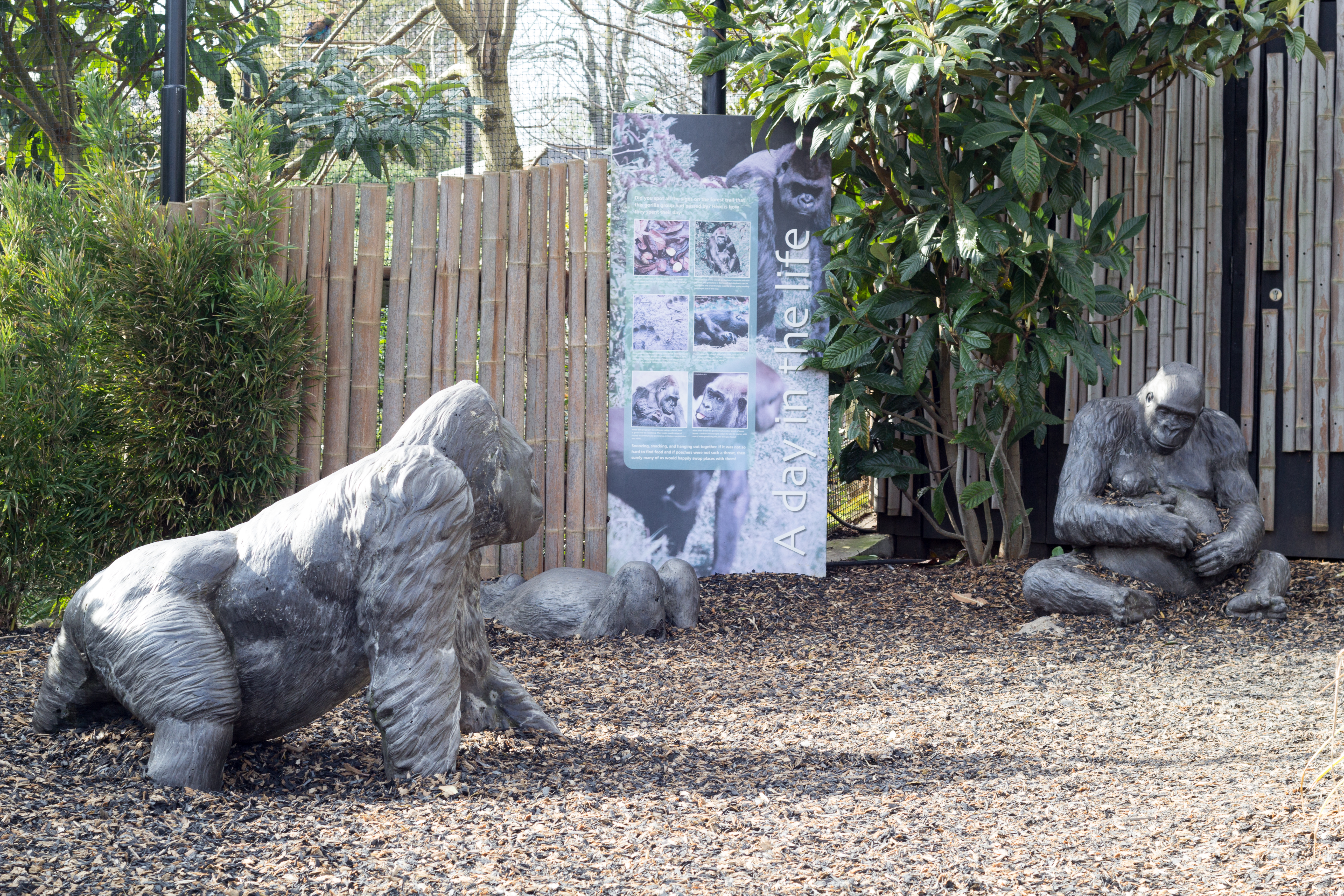 Find out about gorillas at London zoo

London with kids – for sporty tots

Saturday – Go canoeing in Hackney Wick or the Limehouse Basin or if you want to get wet, don your swimming kit and jump in an outdoor lido (swimming pool). Our favourite is Tooting Bec lido with its instagram-friendly colourful changing room doors. £.

Sunday – Dream of being a future Olympian and have a go on a racing bike at the Olympic velodrome, Queen Elizabeth Olympic Park. For something a bit more sedate, hire a pair of rollerblades and skate through Battersea or Hyde Park. £. 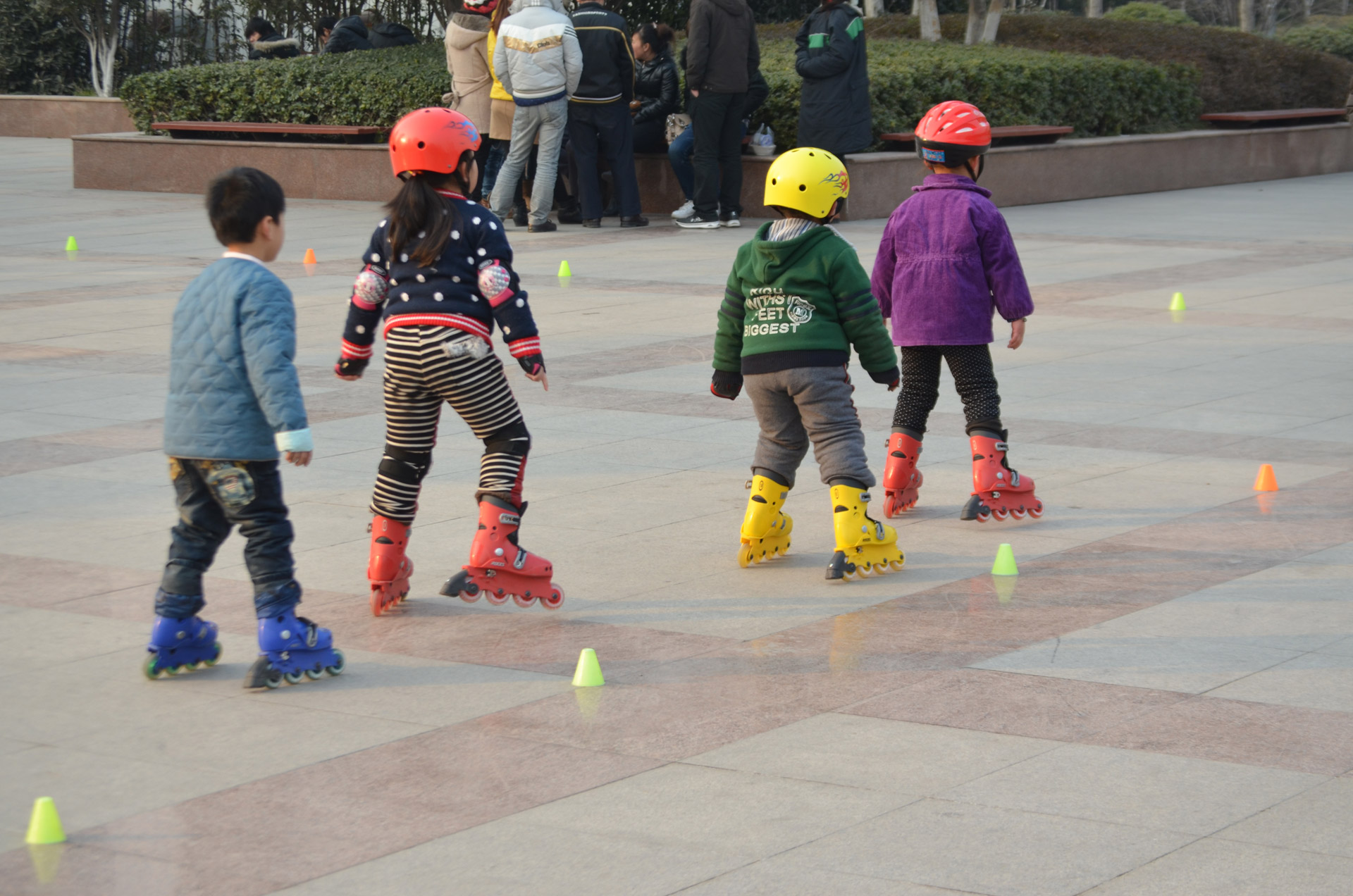 Best places to eat in London with kids

Wahaca – a mexican chain. It’s a no frills canteen style eatery but the food is delicious and children are welcomed. Prices are very reasonable for London.

The Rivington – a good choice for varied English food if you plan on visiting touristy Greenwich.

Tom’s kitchen – very smart choice for parents in the know around the museum central area of South Kensington.

Wells pub – this pretty pub Hampstead village is family-friendly and does great food.

Best places to stay in London with kids

Rubens at the Palace 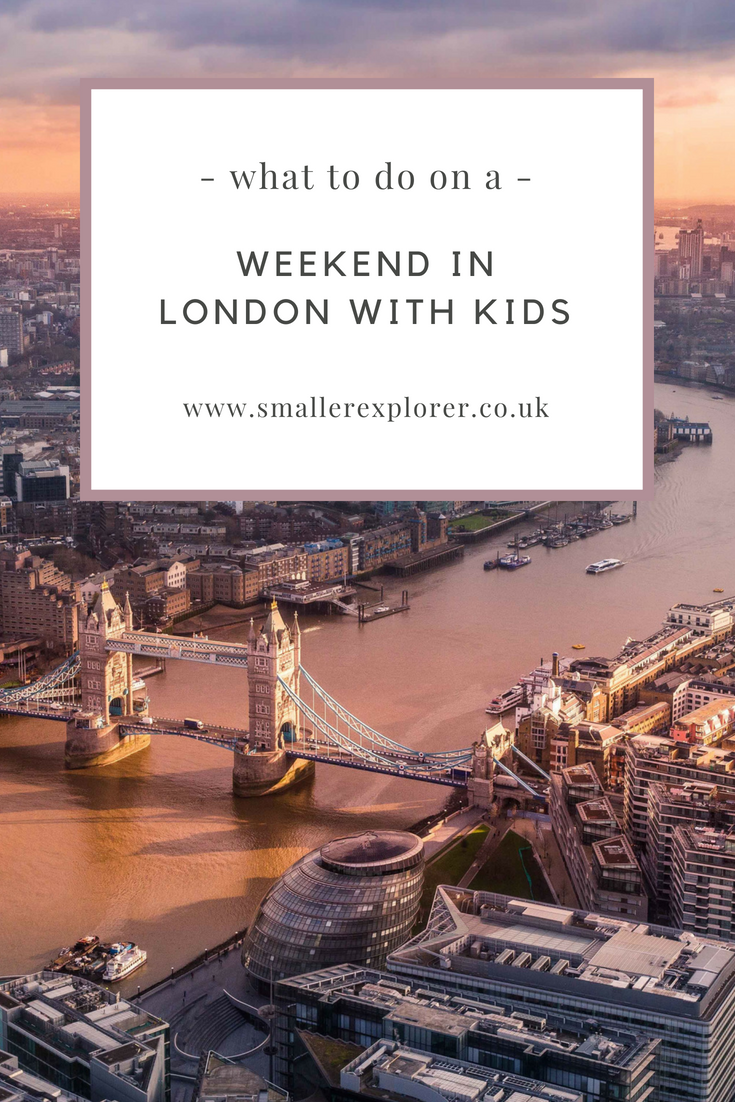 The 10 best places for families to get...

I like how you broke it down into so many different categories for families of all types. Great ideas! #citytripping

I’ve only been to London once shamefully, and I was basically a kid myself when I did go. I remember loving it, but I really want to go back. This is a great, comprehensive list! I’ll have to keep some of these in mind even though I don’t have kids. I’ve pinned it for future reference! Thanks for sharing 🙂 #Citytripping

I had wanted to visit Daunt Books last time we went to London, but didn’t have time! Thanks for introducing me to Hampstead Heath! It’s a beautiful area, especially in the the autumn! #CityTripping

Wow, what a wonderful place. Thanks for this great guide. #citytripping

So many ideas! I have been to London many times but have got some new ideas here. A Banksy tour with me teenagers sounds great! #citytripping

Good list. Like the sound of the dinosaur sculptures! And keep meaning to do the Banksy tour #citytripping

So many great ideas! I liked something from every category. Daunt Books looks beautiful, and like a great place to spend a rainy day. I also really love street art, so I’d love to go on a walking tour to spot them!