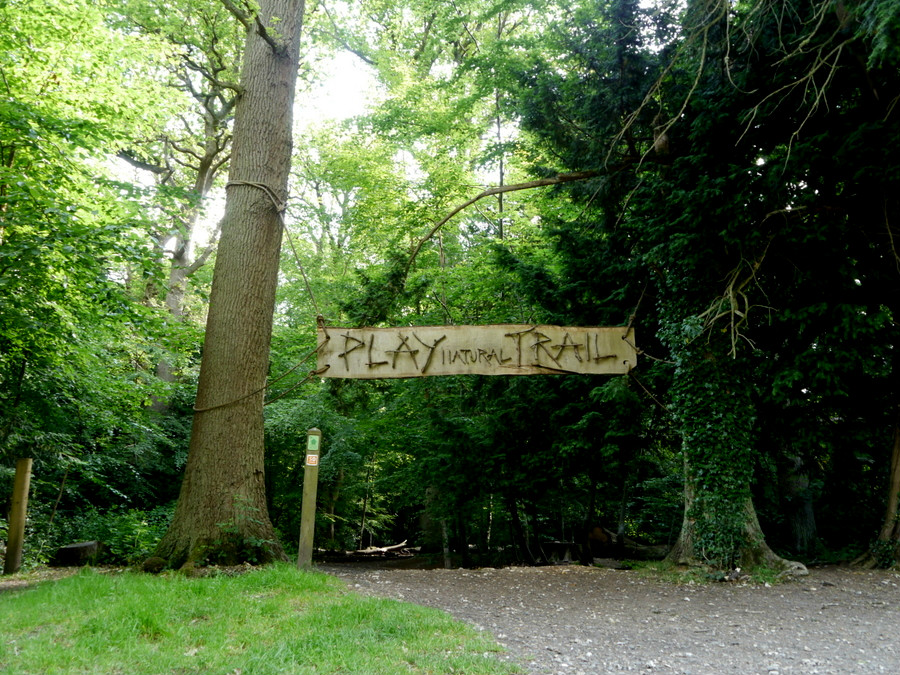 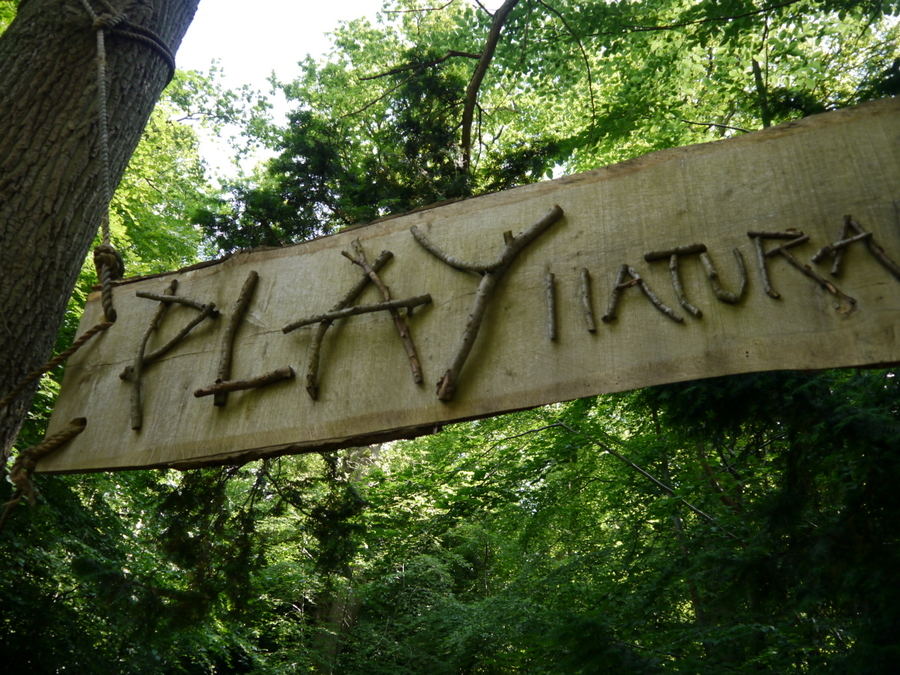 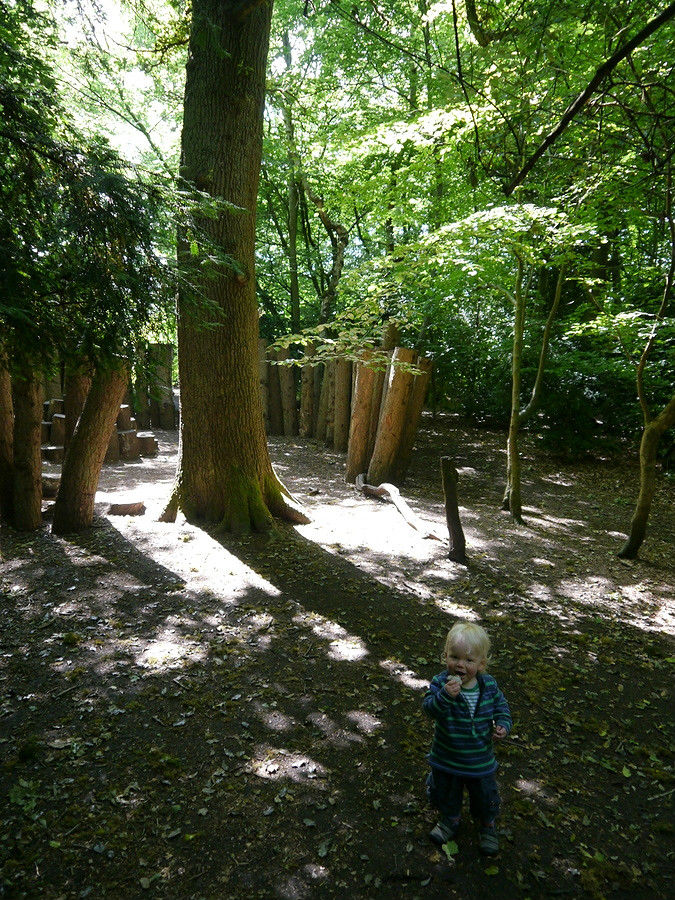 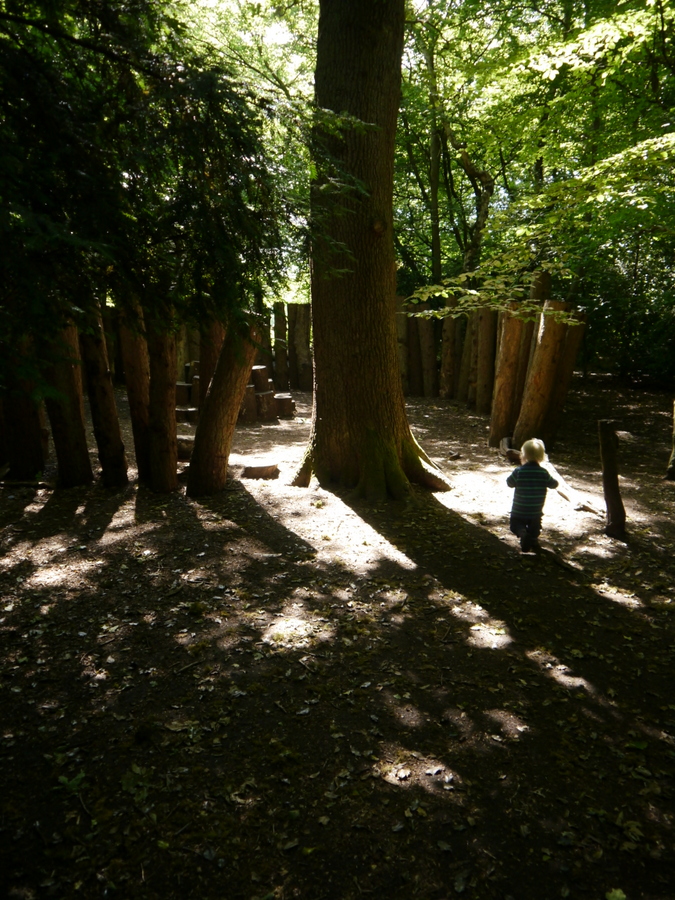 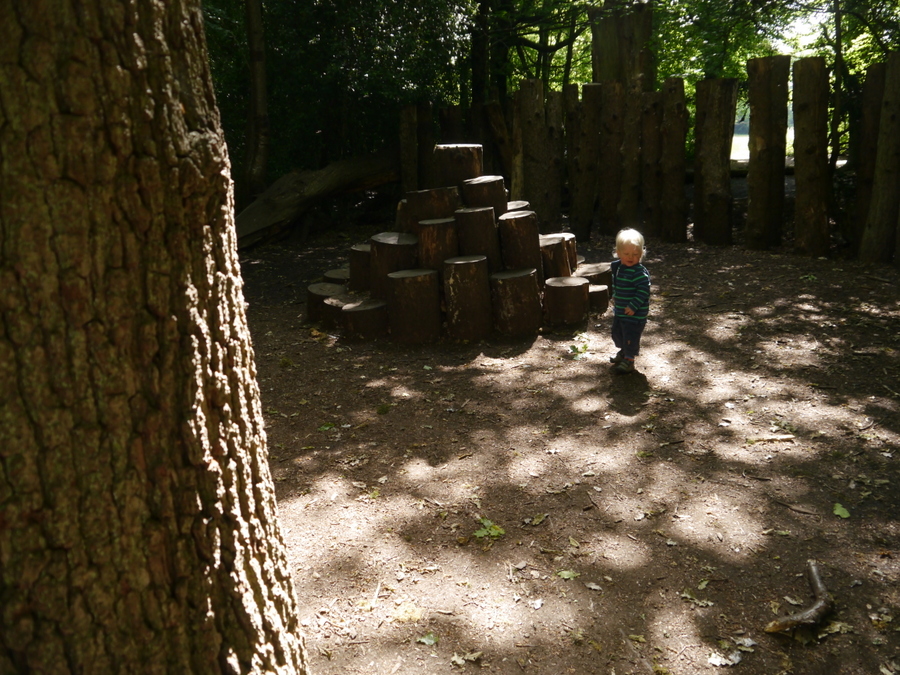 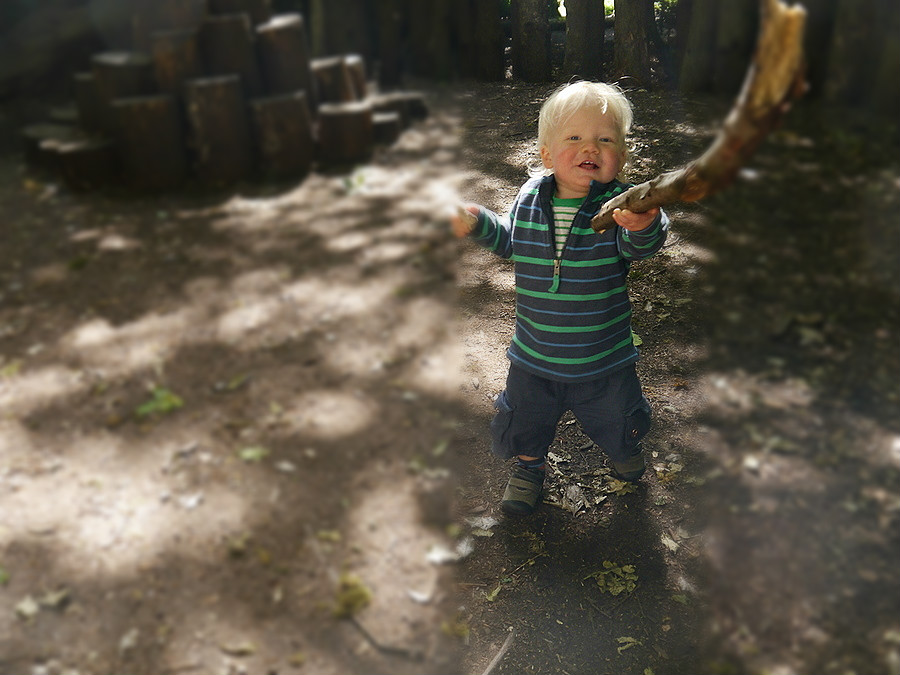 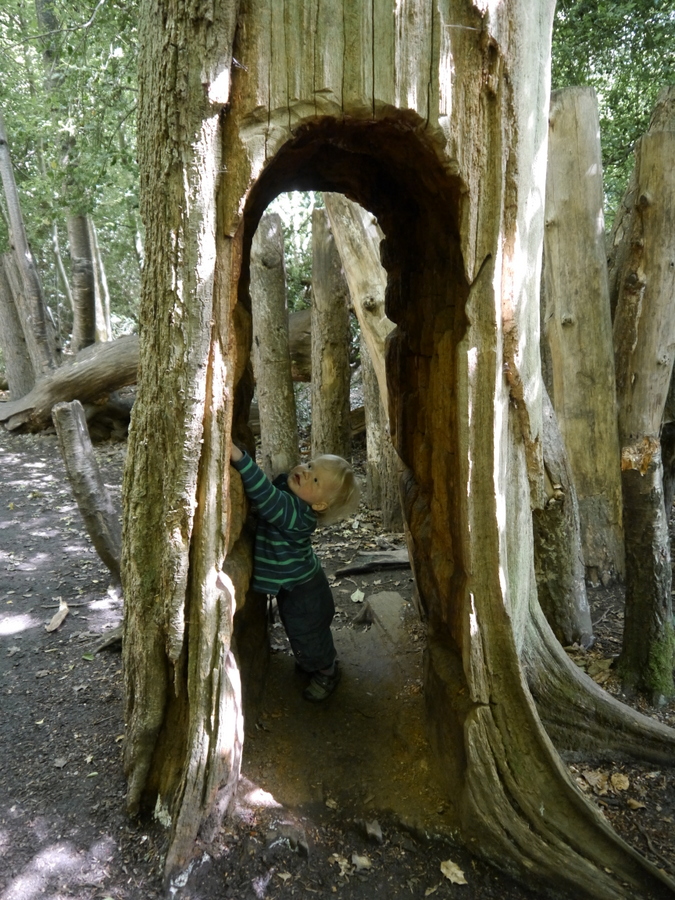 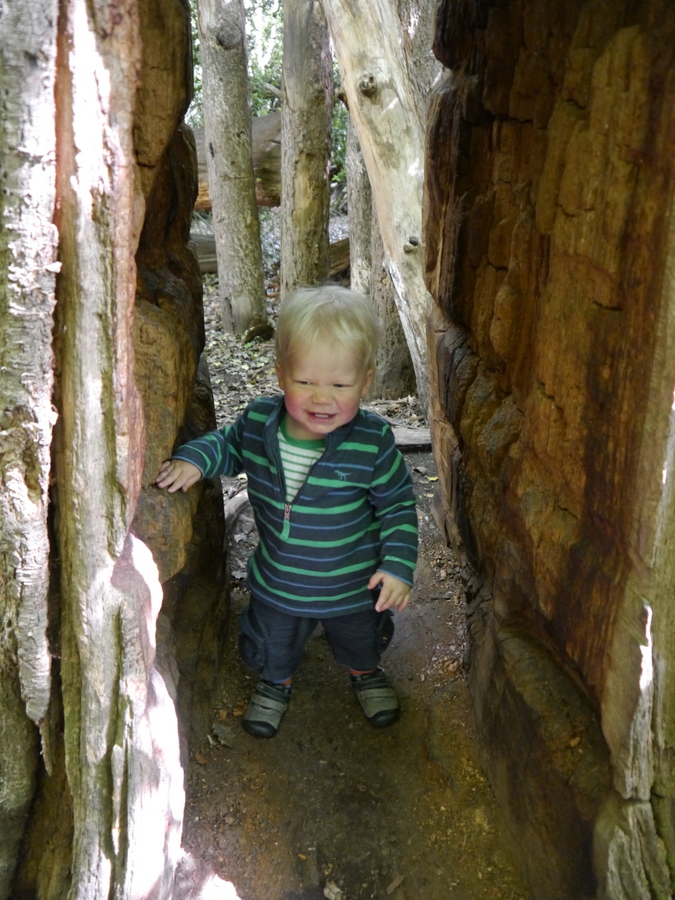 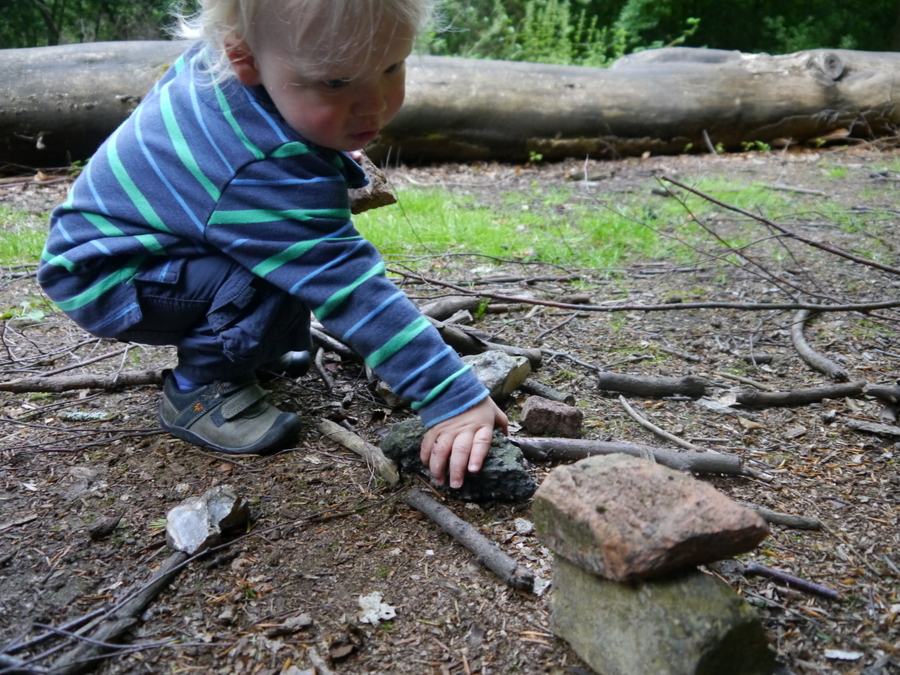 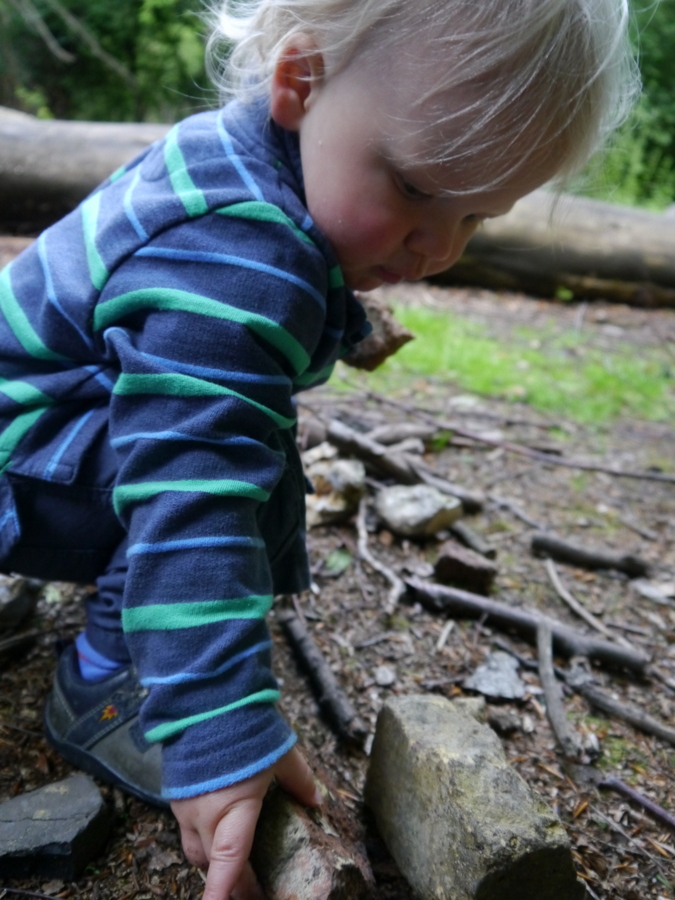 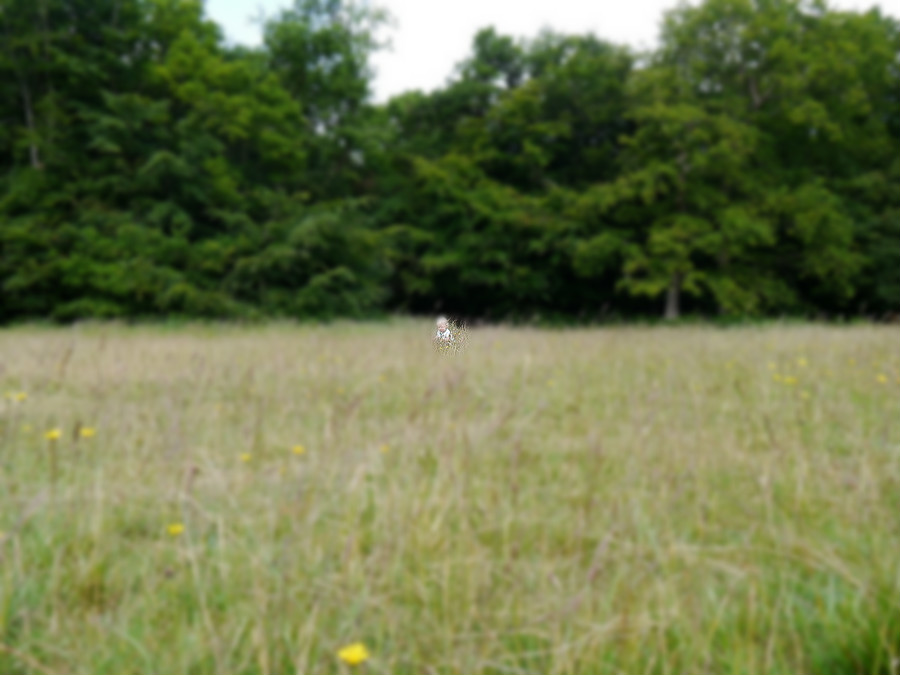 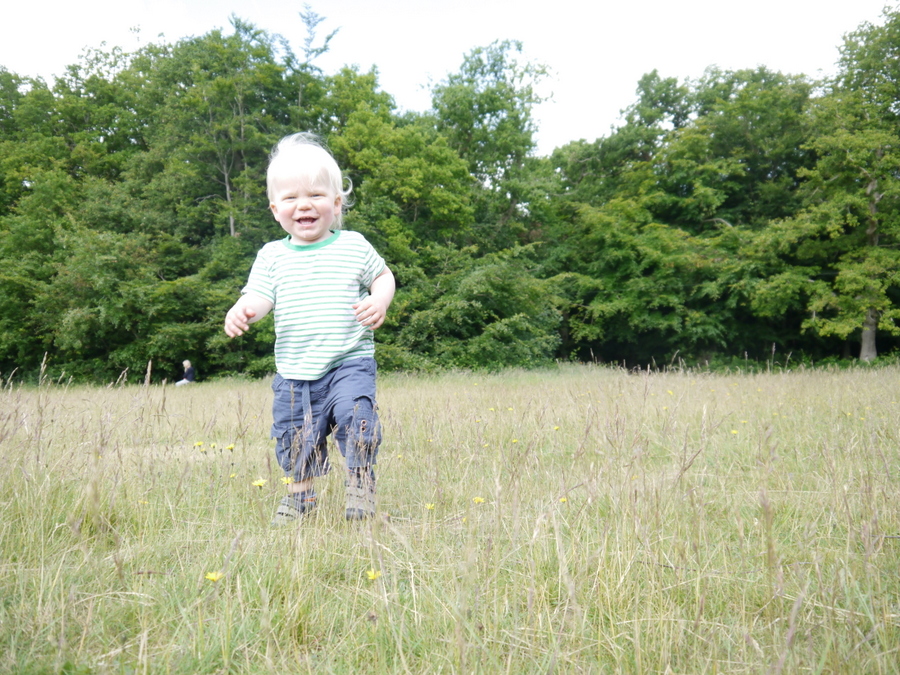 Box Hill isn’t all bikes and lycra you know. It has an amazing natural play trail that follows two mile’s worth of wooded path. At the beginning there’s a natural play area with carved out trees to run through and wooden boulders to climb. Further on, there are dens made out of branches to explore and build up further, and a wooden bridge to clamber across. Finish up with a play and a picnic in the meadow that overlooks the view of the surrounding countryside.

Even without all the magic wooded play stuff created by the National Trust, woods are ace for kids (and even babies) to play in and explore. Freddie was as absorbed in stacked stones as he ever is in lego, and as happy collecting and sorting sticks as he would be in plastic stacking cups.

And Box Hill also has loads of meadow space to have a picnic and let kids run wild a bit. There’s a handy car park at the top of zig zag road (love that name) with a cafe, shop and toilets.

Freddie and I have visited Box Hill a lot since we moved out to the Surrey Hills. I like the buzz around it. I don’t know if it was so popular before the 2012 Olympics but it’s always busy now, and there are always lots of MAMILs (middle aged men in lycra) about as well as the usual National Trust suspects (read many families and larger percentage of grey-haired folk) so it’s a lively mix of people. I like going as it reminds me a bit of being in London. That sounds silly but it’s the vibe about the place. It’s full of promise, and feels like a place where things happen, even though it’s deep in the countryside. If I’m feeling a bit lonely I like coming here as you always end up having a chat with a friendly dog walker or mother. Nothing being than a walk in the woods, admiring the view and settling down for a cup of tea and a bit of cake to raise the soul.

[…] is the place to come. Orchids and butterflies are easy to spot here too. The site has an excellent natural play area, café and multiple self-guided walks that make exploring the big outdoors easy for all […]