Get outside: How I ran a marathon after having a baby

I wasn’t really sure whether to post this one about running a marathon after baby comes along. It sounds a bit humblebraggy, though I don’t want it to read that way. Basically I want to share why I pushed myself to do it, and how I did it, should there be anyone else out there who also wants to set themselves a challenge post parenthood. I also wanted to blog a bit more about actual outdoor activities as well as travel as adventure comes in many forms.

The ‘why’ I ran is set out briefly here, on an external blog. I wrote that after having my first son. I wasn’t really in a very good headspace, as I now understand many mothers feel. At the time I felt very alone, as I now also understand many mothers feel!  I’ve been running for a while now, and love everything about it, so to not be running meant I felt a little less me. Deciding to set myself the challenge of running a marathon 14 months after my baby son was born gave me something to focus on other than the baby fog and my increasingly negative thoughts. The added bonus came from the feel good that exercise gives you.

I wanted to just complete it as I know that marathons are very taxing on a ‘normal’ body, let alone one that had given birth recently. I did a fair bit of research, and decided I’d be okay. If I’d not run marathons before, I wouldn’t have done it so soon but I’ve run many long runs and races before kids, so felt it was an achievable (but challenging) goal to have. 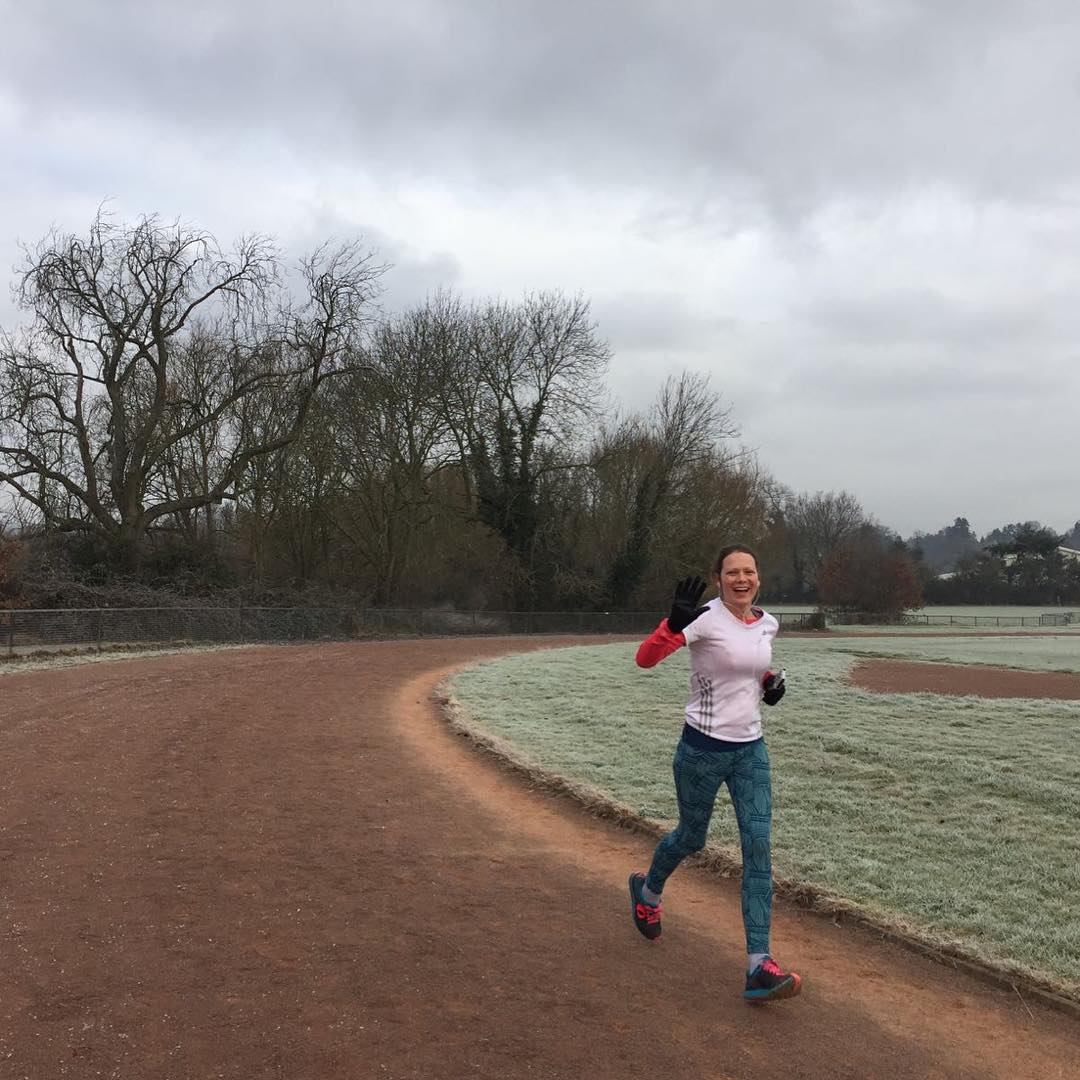 Laps round the track

How to run a marathon after baby

I’ve followed this Runner’s World 3x week plan before. It seems modern life squeezes out spare time for many people, not just mothers, so it’s a popular plan. As a minimum you have 3 runs a week to do. One long, one interval, one fast. Anything else in between is a bonus.

The reality was I didn’t even manage 3x week to train for a marathon after having a baby! Most weeks I did, but I missed one of the long runs, and often felt too exhausted to train, or my husband didn’t get home in time for me to get out. The rest was a bit of a juggle. I’d go out before my husband went to work for the fast sessions – we have a free track nearby which was extremely useful in the dark mornings. We also have a treadmill, which meant I could do the fast sessions inside if the weather was really bad. And finally we have a running buggy, which meant I could go running with baby F in the buggy too. The long runs I’d do over the weekend, and the intervals would be sometime in the week when it was convenient. The long runs became tricky as the miles increased, as it meant being out for 2-3 hours at a time, then you’d have to come back and go back to being a mother, instead of what you wanted to do which was lie on the sofa and snooze. 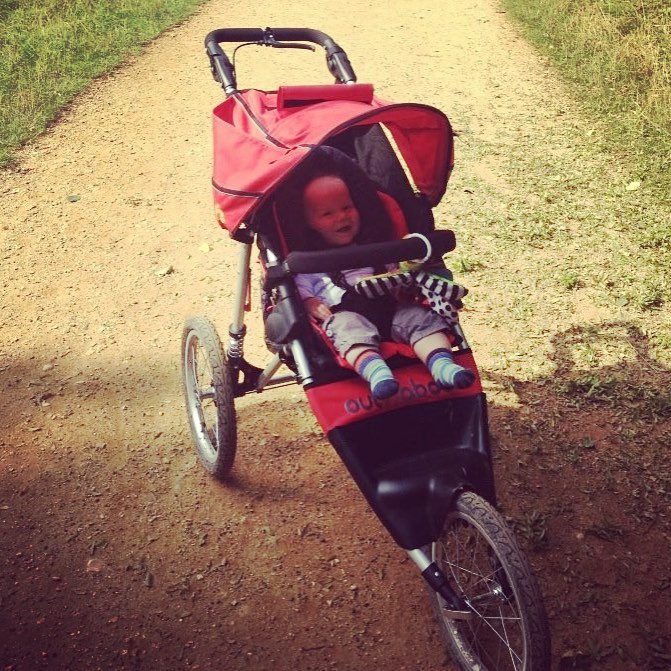 Maternity leave became so much better when I could jog around Richmond Park!

I signed up to a low key marathon, the Thames Meander, a very flat easy route out and back from Kingston to Putney, and one that didn’t have huge numbers of racers. Anything to make the race a little less difficult. Stupidly I set off too fast and paid for it at around 18 miles, where I had to walk for a few miles. I’ve never had to do that before, which goes to show how important the endurance training runs are.

After having my second son, I wanted to get back into running quickly again, so I went for the big one – London Marathon, and this would be only 1 year after baby B came along. This time, I invested in some sportswear for women – EVB Sport leggings, which help support the core and pelvic floor muscles. I also made sure I came back to running very slowly. I started about 6 months after my son was born, as I was still breastfeeding. This means your ligaments are still a little lax, so injury risk is higher. My core was a lot weaker (and still is) so I made sure I did extra core work when I was watching tv at night! I definitely now need to invest more in this as my stomach muscles are still not what they used to be.

This year I followed a Hal Higdon marathon training plan, as I wanted to better my time after baby two. I still wasn’t aiming for anything spectacular, but I wanted to run the whole of it. The plan was a little more advanced and time consuming, and yet again I missed one long training run and a few weekday sessions, but the race was much better than at the Thames Meander as I made sure I paced myself better, and my body was just better prepared for the race. I made sure I entered a few races in the middle to break up the monotony of training runs, to see where my pace was at, and to get back into the spirit of racing. 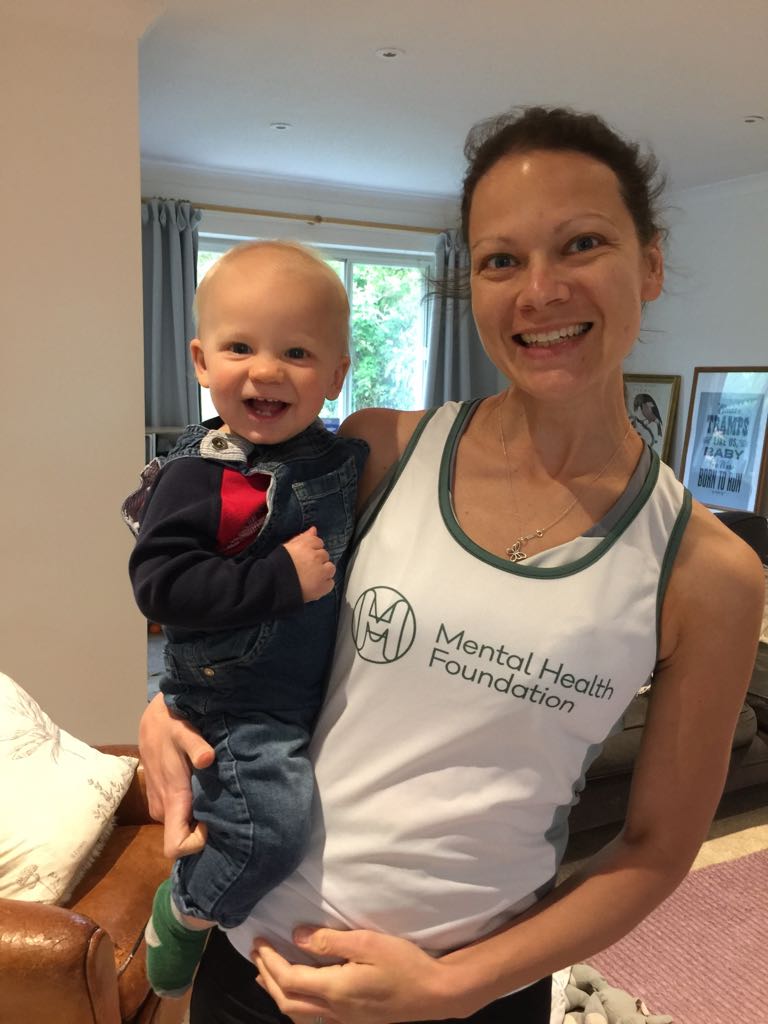 The night before London Marathon

I loved running London Marathon. I’ve run it once before, but 2017 seemed much busier than 2011. Quite overwhelming at times actually, though completely like no other race. Obviously I was pleased when I got to the finish, but because I paced myself really well I didn’t fall apart quite as dramatically as in 2015. And I beat my Thames Meander time. Once a runner, always a runner! Is competing with yourself healthy?! I’m not sure, but most runners do it. It’s part of the appeal.

Top tips for running after having a baby

My advice to anyone who wants to get back to running any distance, not just marathons, after having a baby is to know what level you were at before pregnancy and during, then start at a level below that! Go to a mum/baby fitness group for a few months and learn how to do safe core exercises so you rectify/don’t worsen diastasis recti (split tummy muscles). Do your pelvic floor exercises! Go swimming. Then start running after 6 months (maybe more if you are breastfeeding as you ligaments will still be fairly lax and you risk injury). Remember, you’ll be knackered and unfit, but don’t despair as you’ll also see rapid improvements too. I started training for the marathon about 5 months before race day (4 months is normal) to give myself time to get up to the starting week training fitness level. 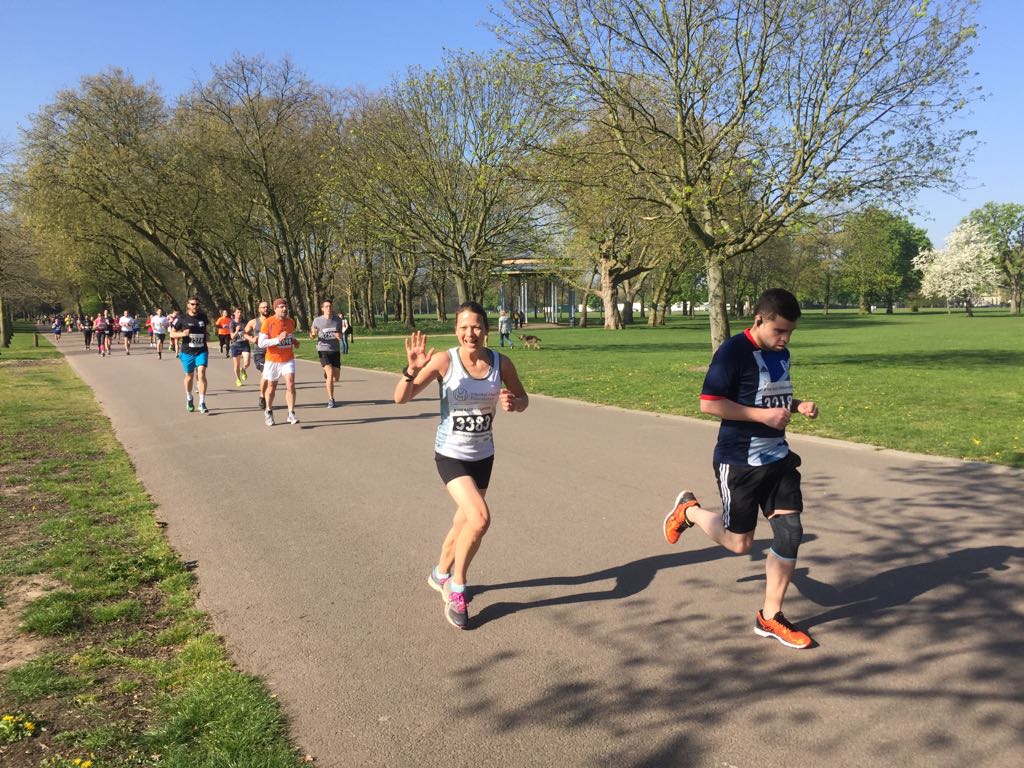 Would I do another marathon again so soon after giving birth? I’m not sure. Many have. Some even run ultras and breastfeed along the way.  I’ll probably stick to shorter runs and aim for some faster times as I’m getting older! I also need to work a bit more on sorting my tummy muscles out too. I’ll save the marathons ultras for my 50s when I hopefully will have a bit more spare time.

P.S. The lovely Lazy Girl Running interviewed me for a podcast on pregnancy, motherhood and running where I talk more about how the running and kids go (or don’t go) together, if you want to listen more about running and babies. 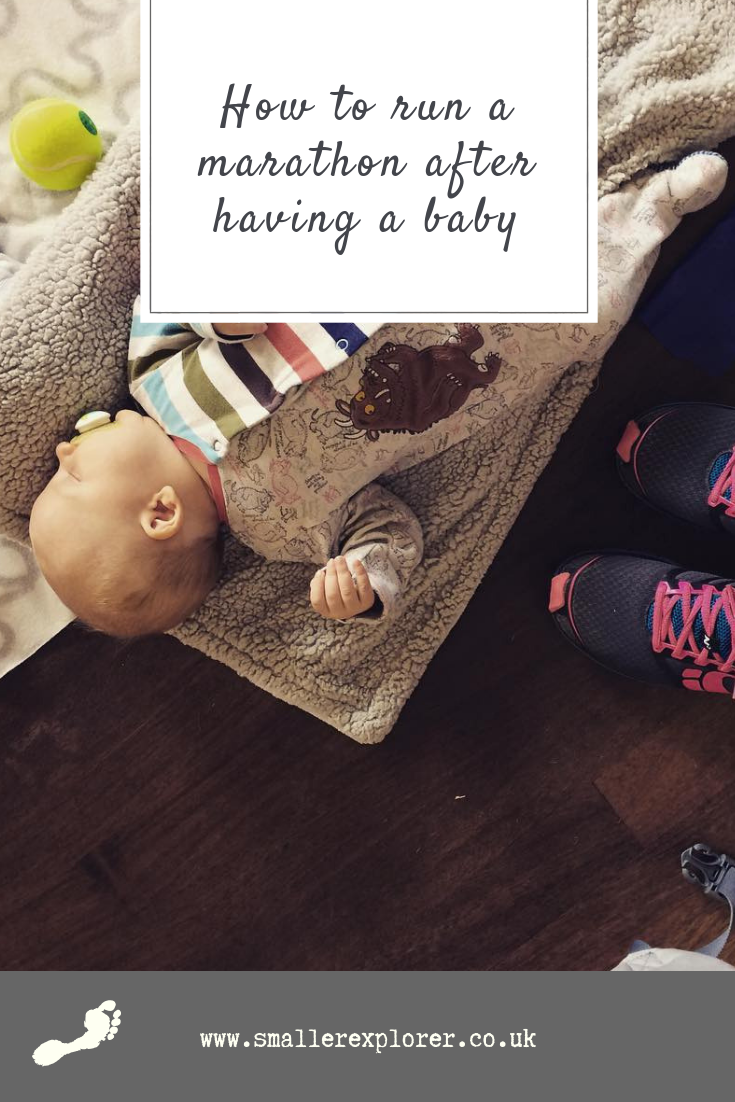 What to do on a weekend in London...