Secret London: The 10 best things to do you may never have heard of

Forget Buckingham Palace, Oxford Street and the Tower of London. If you want to begin to get under the skin of one of the world’s most diverse and enigmatic cities, these are the things to do. Hello secret London. They may not be as well-known as the usual tourist hotspots but they are unmissable in their own right.  This collection of alternative trips takes in contemporary and ancient London, urban grit and rural bliss, and covers the far fringes of the south to the realms of the north, with a good nosy into the east and west too.

1)     Get spooked out at Highgate West Cemetery, Highgate

Highgate Cemetery is one of the ‘magnificent seven’ cemeteries built on the outskirts of the city to cope with the demand for burial sites. Highgate has always been a monied area of London so to be buried here represented a high social status. You can find famous names such as Karl Marx and George Eliot here. The cemetery fell into ruin in the early 20th century but has been lovingly restored by a team of volunteers who now manage the site.

You can only visit the West Cemetery by guided tour from one of the volunteers. This just adds a further sense of intrigue to this magical, otherworldly place. Stepping into this secret garden of death will transport you back in time to a Victorian world of grand tombstones, mausoleums and jungle-like greenery. Very Tomb Raider.

Morden. End of the line. Why visit? To be honest (sorry Morden residents) there would be no reason to visit Morden if the charming Morden Hall Park (see picture) wasn’t there. Similar to Highgate Cemetery in that it feels very cut off from the real world, this historic 19th century estate is cut off from humdrum suburbia by a high wall. Step inside and you step into an enchanted land of babbling brooks, old snuff mills, singing birds and breezy meadows. Morden Hall Park is now owned by the National Trust so expect a good cup of tea and cheese scone after your stroll.

For a bit of old school bonkers in London, stop at the John Soanes Museum. Mr Soanes was a Georgian architect (and not just any old architect, he built the Bank of England and Dulwich Picture Gallery). He bought and refashioned three houses in leafy Bloomsbury, opposite the tranquil Lincoln’s Inn Field. He was a bit of a collector of stuff (aren’t we all) but his house is a masterclass of eclectic hoarding of items from plaster casts to Roman marbles – some worthless, some priceless. The way he has presented his wares seems chaotic but there is method in the madness, and the end result is a rather beautiful, never-seen-anything-like-it study of the workings of the mind of a brilliant architect.

Portabello. Yawn. Carry on north, just past Ladbroke Grove and you come to Portabello’s lesser-known sister – Golborne Road. Less busy and touristy, Fridays and Saturdays are the best days to visit. If you are feeling inspired by your visit to John Soane’s home and want to buy some collectables, you’ve struck gold here. Bric a brac, furniture, clothes, vintage, antiques, jewellery. Take your pick.

This is one of the best tips out there for visitors to London. Don’t waste your money on an overpriced sightseeing bus. Take either the 24 or 15 bus to see all the major sites of London. The best time to do this is very early morning before the hoards descend and there is a rare stillness to the capital.

The 24 travels from Pimlico, near Victoria Station along the Thames, past the iconic Battersea Power Station, through Parliament Square, Horseguard’s Parade and Trafalgar Square, up Tottenham Court Road heading north through Camden to stop at Hampstead Heath, arguably London’s finest park.

Alternatively, the 15 takes in East London from Brick Lane (curry mile), the Tower of London and Tower Bridge, Monument, St Paul’s Blackfriar’s Bridge, up Fleet Street and past the Royal Courts of Justice, Waterloo Bridge, along the Strand to Trafalgar Square.

6)     Wander the trails of the buried rivers, various locations

For the more active explorer, join a guided walking tour of London’ hidden rivers. 21 tributaries flow to the Thames, and these are just the main branches. Multiple other smaller tributaries join the bigger branches before heading to their source. Some rivers do flow above ground. The Crane. The Ching. The Quaggy. Most though are hidden under the ground under houses and roads which were built on top of river systems when London became more populated. The Tyburn. The Effra. The Fleet. This is one of the most fascinating tours of London you could do and walking the hidden routes of one of the Thames river tributaries is a novel way to learn more about London’s history and geography.

Now you’ve explored the big river’s branches, what about the Thames herself? Been on a river boat cruise? What about a kayak? Various companies now offer intrepid folk the opportunity to kayak different points along the capital’s oldest attraction. In exchange for a fair sum of money you get two hours in a kayak with a guide who will point out cool stuff and help you avoid crashing into bigger boats.

For further abstract active ways to get to know London a little more intimately, join a midnight 10km run. These runs take place at different locations but generally take in top London landmarks. Bonus points for running in fancy dress.  This really is a joyous, more playful and unconventional way to see the city.

London wouldn’t be London without food and drink. In summertime, head east to the deeply trendy Frank’s Café on the 10th floor of a car park in Peckham. Kick back with a Campari and barbeque as the sun sets over the city. See if you can spot a rare non-bearded hipster. Frank’s café doubles up as an innovative art space too unsurprisingly as Peckham is a hive of creativity and one of the best places to visit in London for a taste of different.

Forget Borough Market. You want Maltby Street for food. Picturesque railway arches and the recently-developed Ropewalk house a mash up of start-ups and old timers. Saturday morning from 9am-2pm is the best time to go. Maltby Street Market is much smaller than Borough but it’s vibrant and busy with some serious off-the-wall flavours. 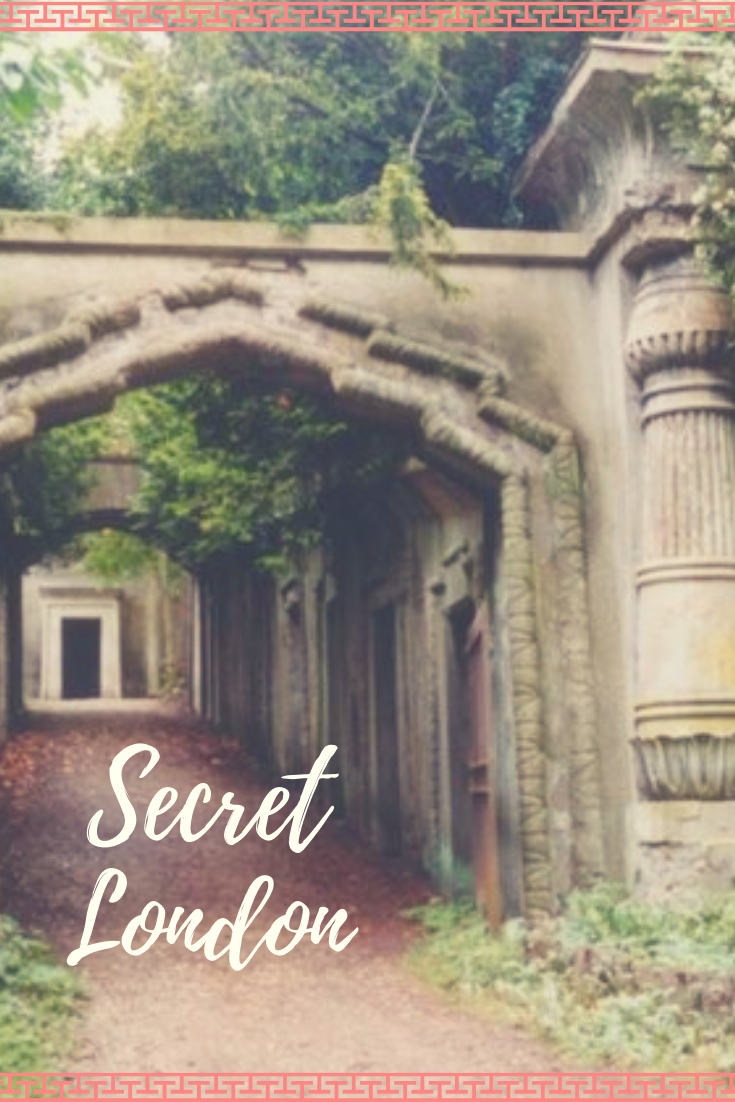 Things to do in Greenwich and Blackheath with...

30 Days Wild with the Wildlife Trusts

[…] is another favourite place of mine. You would never know it was there as it’s set behind a high wall next to a busy suburban road in sunny southwest London, near […]