There’s a little competition running near where we live to photograph the local community orchard. I thought this would be a lovely thing to do with my two so we got up nice and early to photograph nature there. My eldest son got a kids’ camera from Santa for Christmas so he had a go with that. I also let both of them use my iphone and proper DSLR (brave I know).

There is a nice woodland trail that leads to the orchard. The orchard itself isn’t huge. It’s got about 30 trees plus a large bug hotel and log seats to take a rest on. It’s a good spot to see ladybirds, butterflies and insects. We’ve unfortunately missed the blossom season of spring, and the apples and pears are only beginning to grow, but we had lots of fun exploring the orchard and seeing potential photos that could look good. It was also cloudy (at least no rain) so the light could have been better too, but it didn’t matter. We’ll come back to photograph the community orchard  every few months to see the changes.

Back at home I did a bit of reading around ladybirds, as although I see them quite a lot I don’t know a thing about them. There are over 5,000 species of ladybird. The UK has 43 of them residing here. Ladybirds are necessary in the food chain as they eat aphids and other plant eating insects. They are also pretty beautiful. The most famous ladybird is the 7-spot ladybird, but we are now plagued with the invasive Harlequin ladybird, which originates from Asia. The Harlequin tends to out eat the native species food sources, and even eats other ladybirds’ larvae and eggs.

My kids loved doing to photograph nature. Really loved it. I couldn’t drag them away and we were there for over an hour. They especially like finding lots of insects to photograph (much better than me) and finding out all about the different fruits growing on the trees. We saw two species of ladybird (I think one was a harlequin and one was a 7-spot) and F caught a butterfly (update: it’s a Cinnabar moth) on camera too. Plus all the usual under log stumps. A woodlouse spot never fails to excite them. It’s very sweet and I’ll miss this golden period that they are in now when they are loud (er), stompy teens. Or maybe they won’t be. Perhaps I’m installing an innate love of nature now in them that they won’t lose? Here’s hoping. 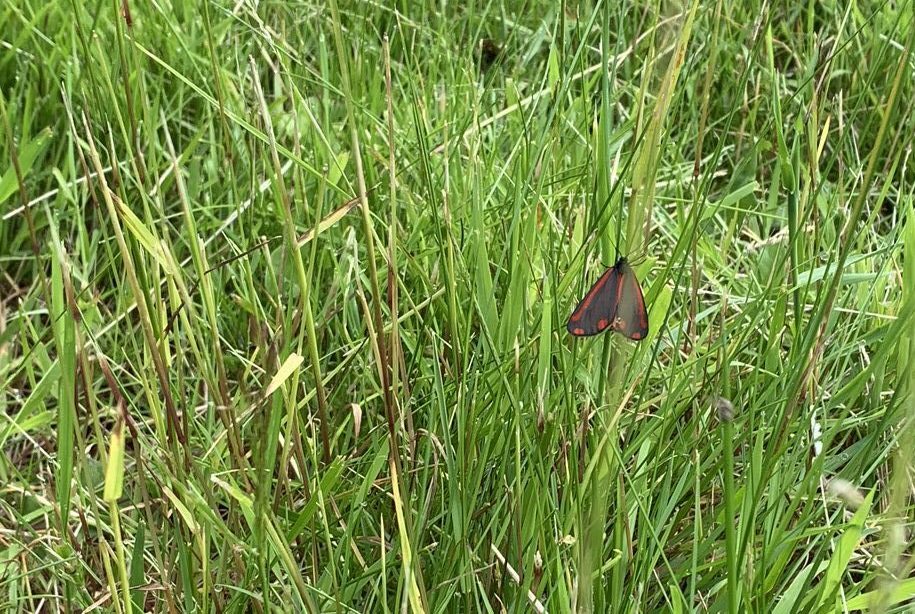 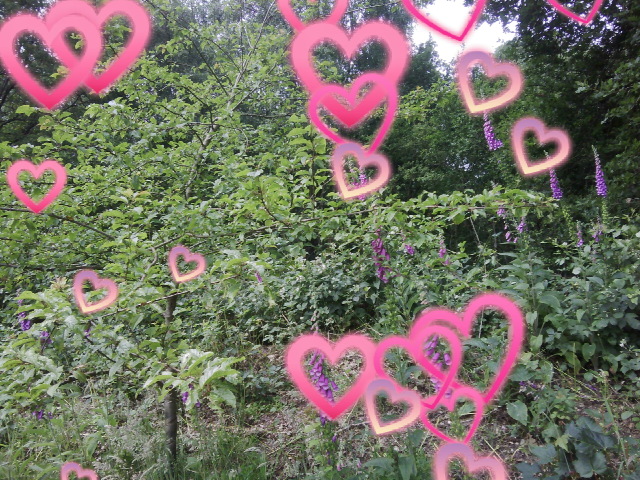 Some fancy additions added to the kids pictures! 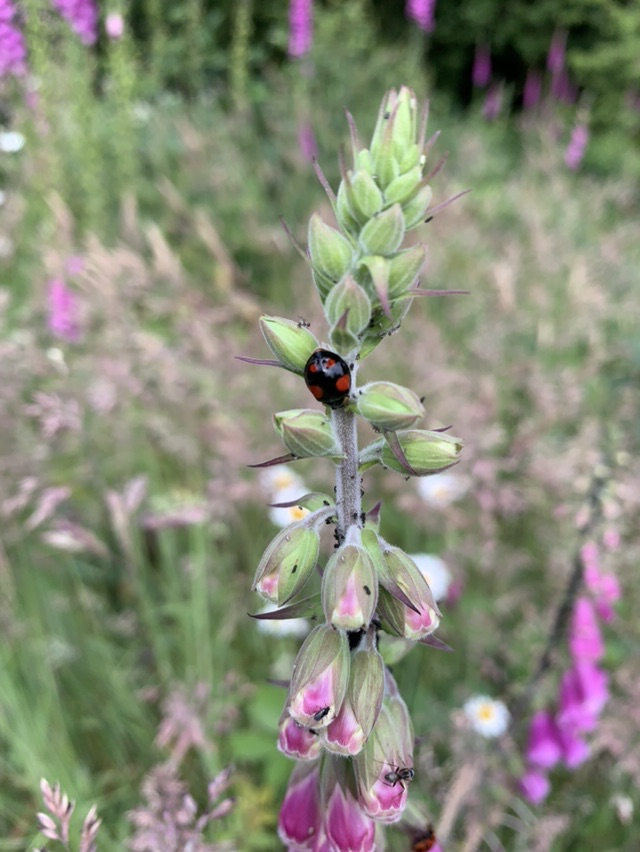 Ladybird hitching a ride on a foxglove 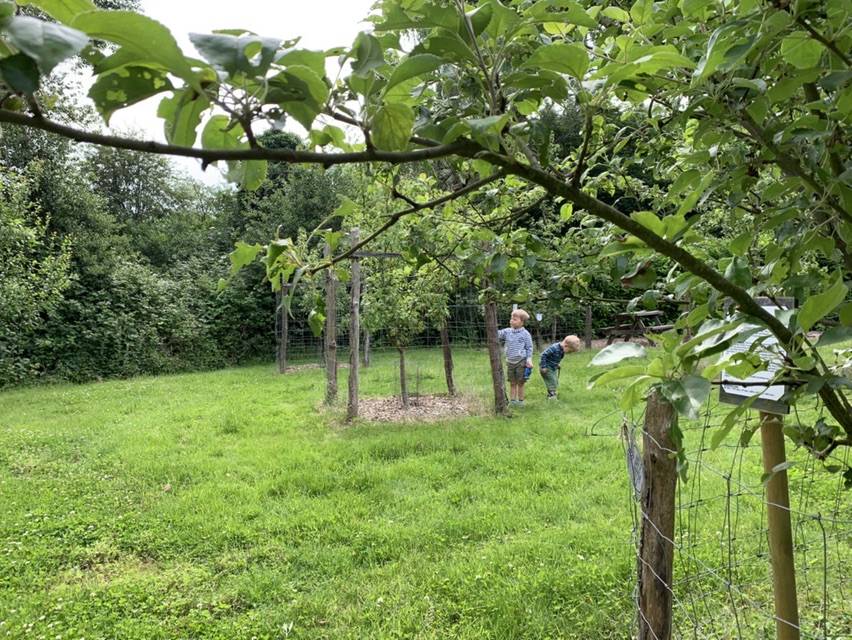 Searching for things to take pictures of 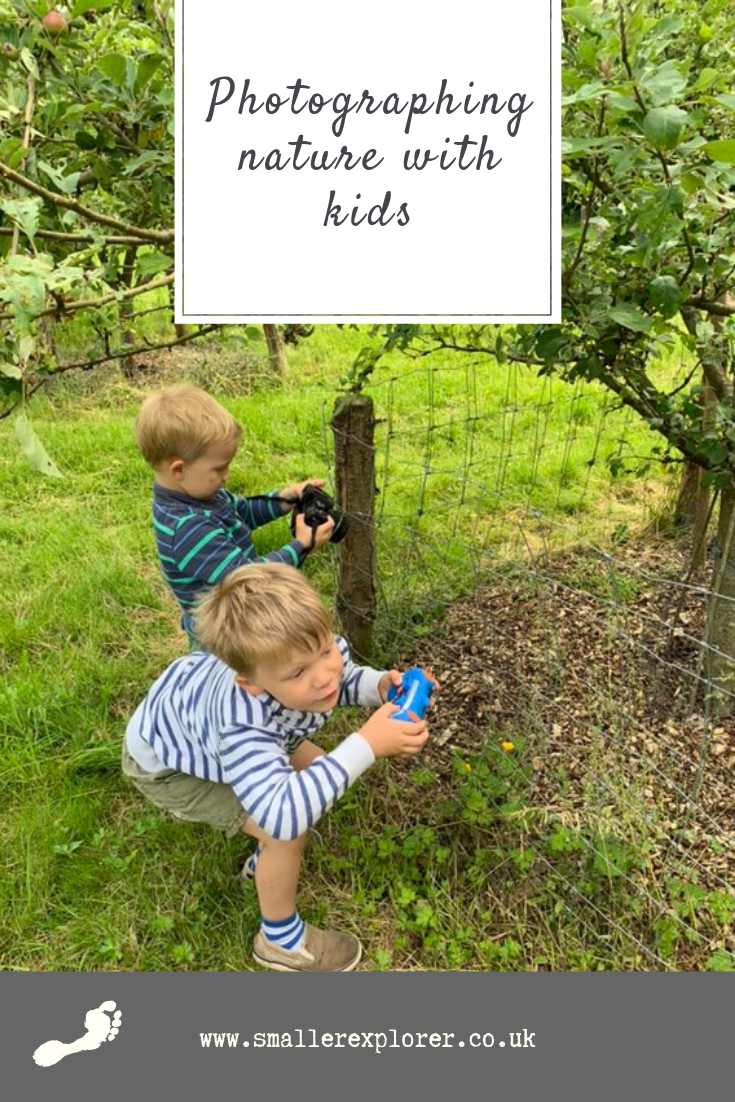 What we did on the 30 Days Wild Challenge Week 3

[…] Photographed nature We all really enjoyed doing something a little creative out in nature rather than just bumbling about (though there is absolutely nothing wrong with just bumbling about either). Our local community orchard is holding a photography competition so we went there one morning and snapped away. […]