Down House is the Georgian manor home of Charles Darwin. It’s now managed by English Heritage, and is a top family day out.

I’ve lived in the south east all my life, but only recently visited Down House, where the Darwins lived for 40 years from 1842 to 1882. I’m not sure why it took me so long. It’s really rather lovely.

All the house is open to visitors, and most is set up as if the family still live there. It’s a very family-friendly home, unlike some stately manors. The Darwins were known for being open and inclusive, and the house was access all areas for their children. It’s nice to explore somewhere with my kids knowing they are also very welcome here too.

The top floor has more educational displays including an exhibition about Darwin’s HMS Beagle voyage. If you have spare ears, there’s an audio tour narrated by David Attenborough. Mine, unfortunately, were taken up by mini voices talking non stop to me.

There’s a lot for kids to do, including a dressing up closet and drawing. The English Heritage often put on extra activities for families too. There was a ‘Be a Butler Day’ when we visited. I enjoyed being in Darwin’s study where he wrote ‘On the Origin of Species’

We really enjoyed exploring the gardens. They are a decent size, but not too large to be overwhelming. The significance of the gardens was, of course, lost on my young kids, but I’m sure older children will enjoy learning about Darwin’s evolutionary experiments.

There’s the greenhouse where he grew rare and carnivorous plants, an observation beehive, where you can see bees hard at work, and Darwin’s ‘thinking path’, where he walked up and down three times a day, devising his latest ideas. The walled garden is extremely pretty to walk around, as is the back of the house, with a large lawned area. We were given a handy ‘discovery trail sheet’ to work our way around the manageable 20 acres of interesting outdoors.

There’s some picnic tables if you want to stay for a DIY lunch, or tearooms, with highchairs and accessible toilets, in the Darwin’s old servant kitchen. 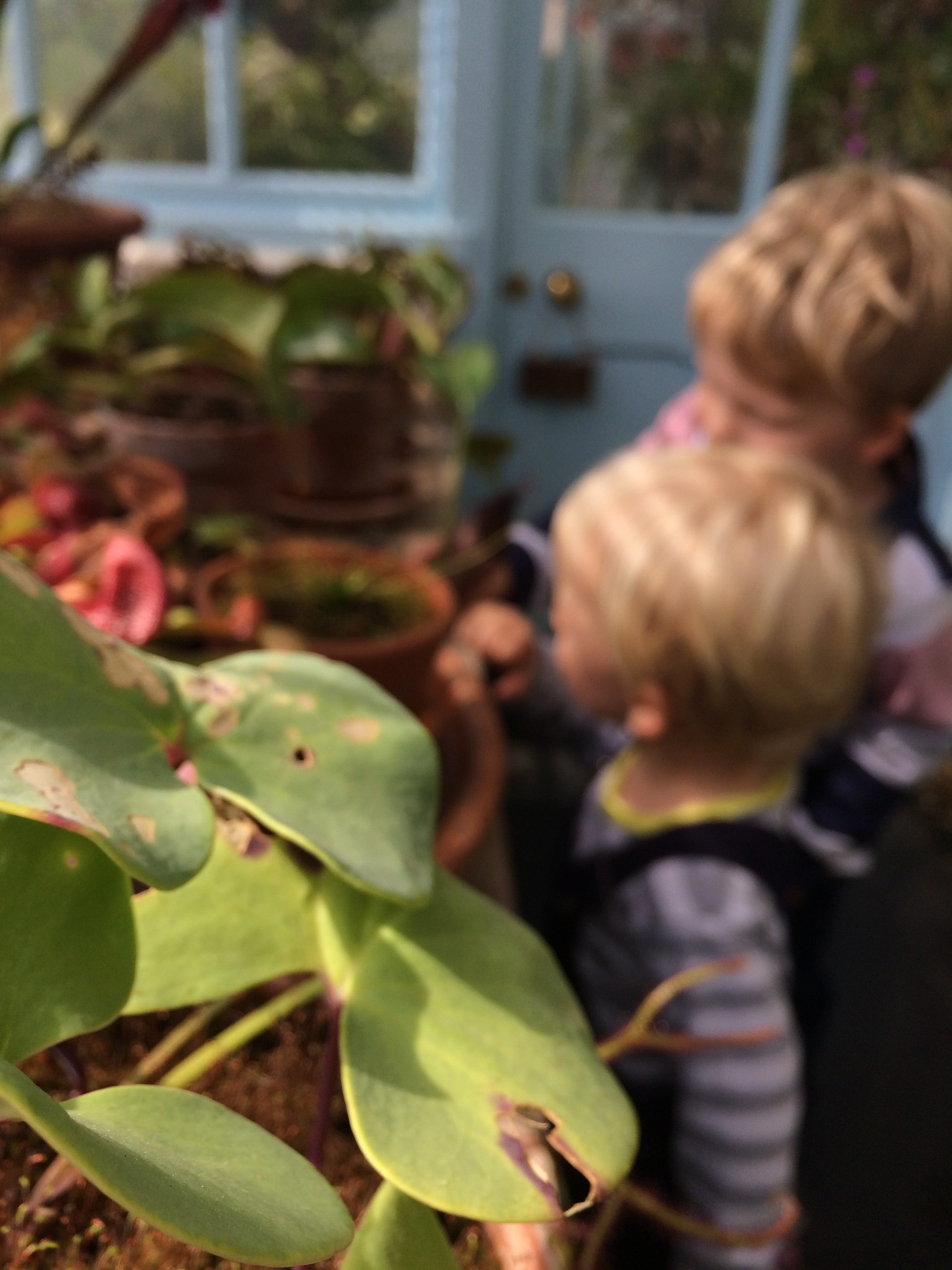 Inside the glasshouse, Down House

Getting to Down House

You need a car to get there easily, as although Down is technically in the furthest reaches of London, it’s still a village with no train station. There’s lots of free parking available at the house. If you don’t have a car, Orpington or Chelsfield are the nearest stations (3.5 miles away) or catch the R8 bus from Orpington, then walk half a mile from Down village to the house. 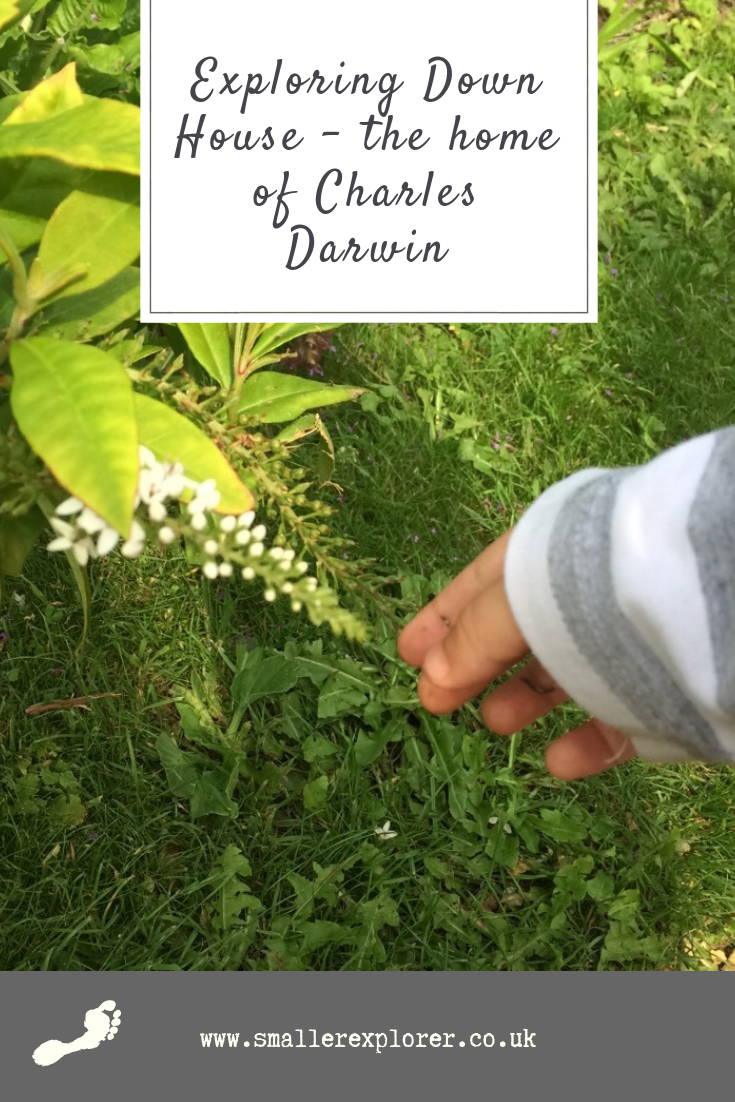 This sounds really good! Will definitely give it a try when I’m in the area.

Let me know if you head this way x