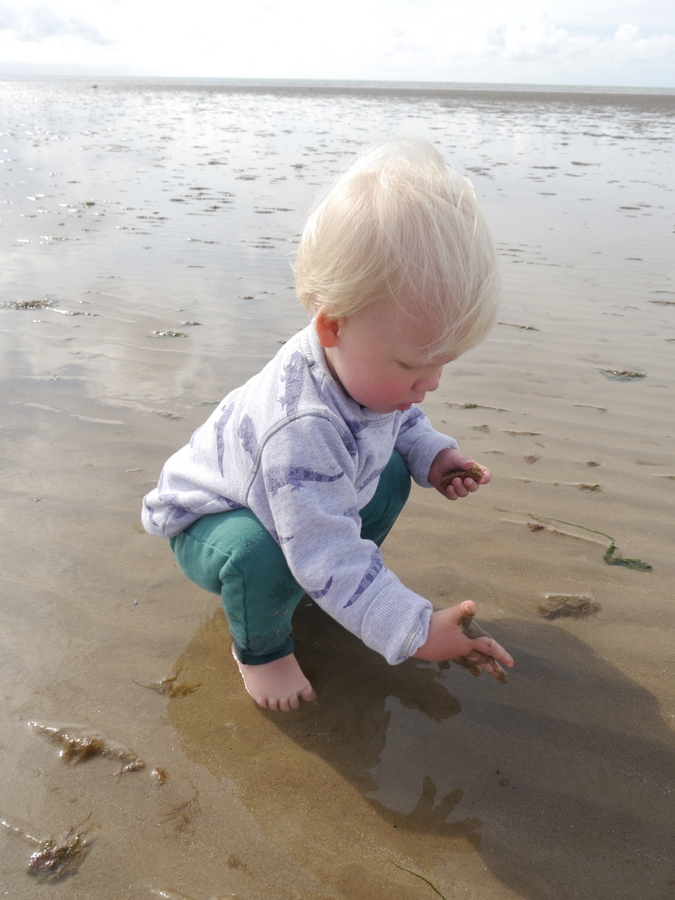 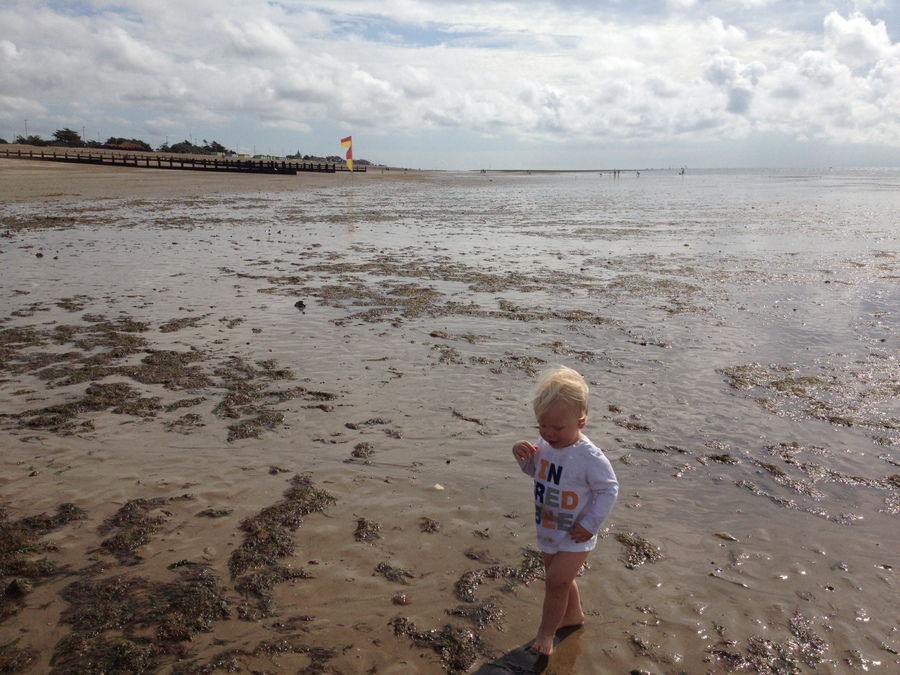 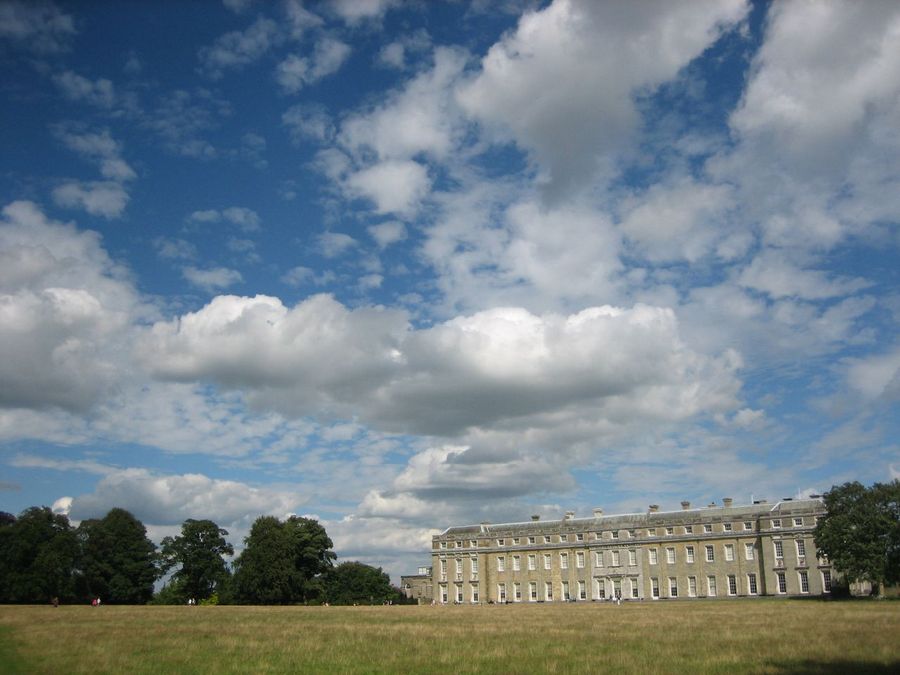 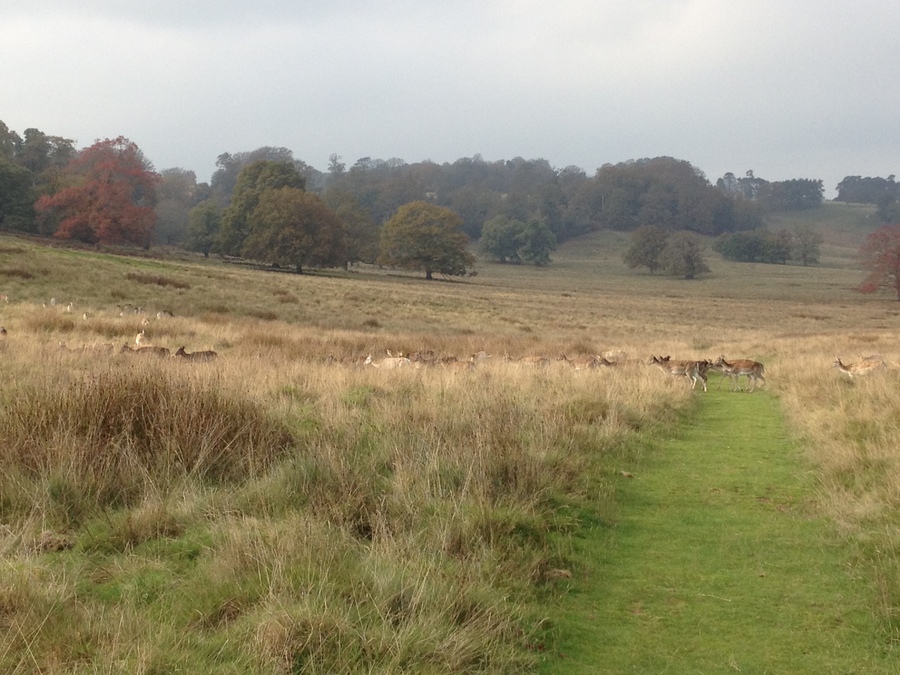 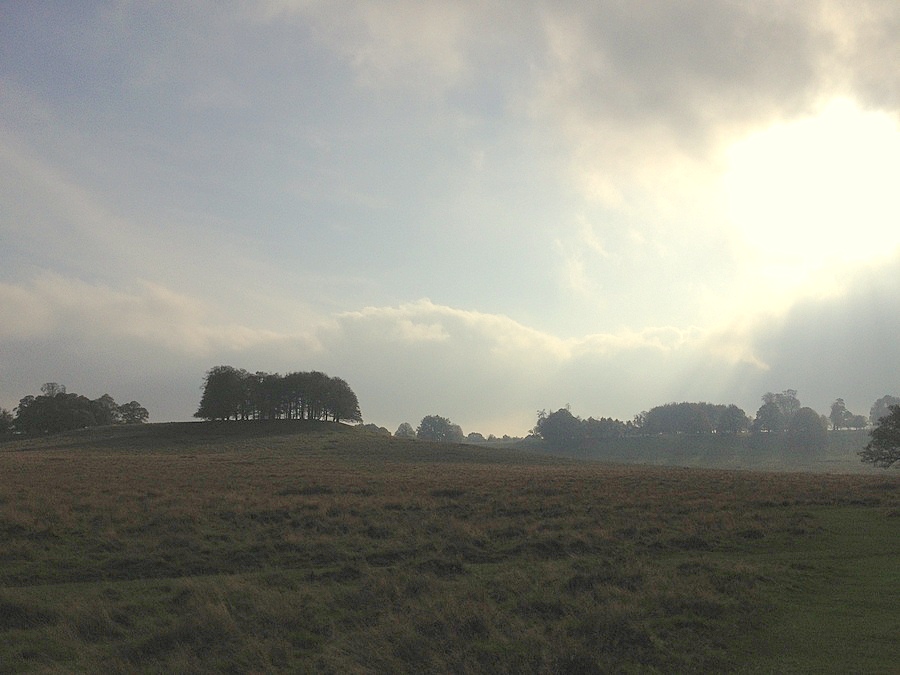 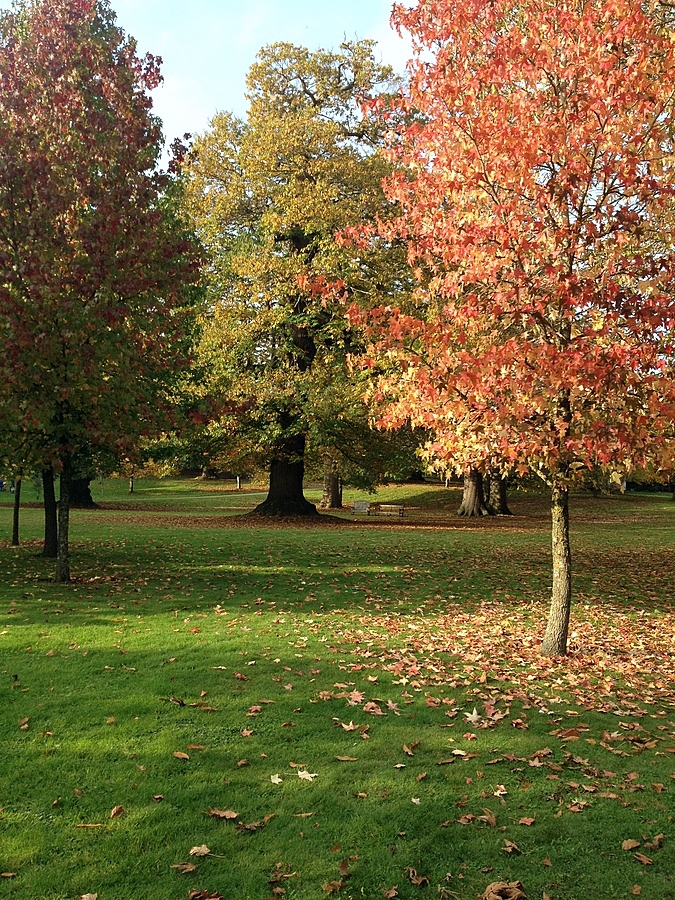 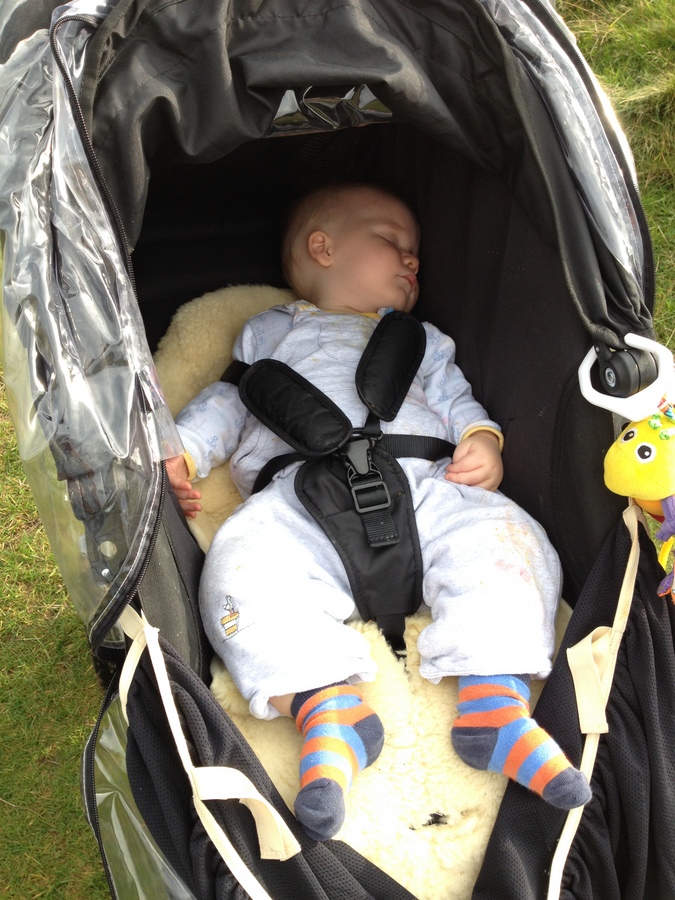 Petworth is the antiques heart of Sussex (can you tell I like antique rummaging yet?) It’s also a beautiful small town that has the added bonus of the National Trust’s Petworth Park on its doorstep; a park that seems even grander than Richmond Park.

We visited when the little guy was about 10 months old. I know this as it was mid autumn and a glorious vest and shorts day. Days like this are even better than hot summer days I think, as they are unexpected. I remember sitting lazily in the sunlit gardens at Petworth Park, Freddie content, and thinking ‘this is what happy feels like’.

To earn my rest I trogged round the shops with Freddie in a sling. I managed about an hour before he became too heavy (I’ve always wondered how people manage toddlers in slings? Please tell me the trick. I’ve always wanted to be that mum who carries their kid not pushed them, without success). I would suggest (now that Freddie is a very active 18 month old) that a trip to Petworth shops is only really doable with a immobile baby.

Petworth is an upmarket place. I realised this as soon as I saw the first price tag of £500. Hmm don’t think I’ll be bringing much back. But it’s enjoyable all the same and the stuff for sale is good for inspiration. Plus most of the shopkeepers loved Freddie and he seemed pretty happy to be nosing around too!

I unfortunately didn’t take many pictures (too intimidated!) but here is a list of the key shops.

You can walk round in an hour no problem. There are also some fab places to eat, though we chose to have a picnic in the park.

Back to the park…(and this place is GREAT for older children) as we all know National Trust is a beacon to parents across the land. Even without all the extra kid friendly stuff they put on, just having some safe outdoor green space to run around is worth paying the membership for. Freddie was too young to enjoy the NT for himself at this point so it was a selfish visit for moi.

The park consists of formal gardens and a 700 acre deer park. It was the deer park that captured my heart, probably partly to do with the weather being so blooming glorious for October. Sublime rolling hills as far as the eye could see with a backdrop of Petworth House – a massive 17th century mansion. For the green fingered out there, the gardens were fashioned by Capability Brown. And for the artists, Turner then immortalized these gardens into his famous paintings. If you have time to go inside the mansion, you would also be rewarded with an epic collection of art from Turner, Blake, Reynolds and van Dyck.

Coming here made me realise how much there is going on culturally outside of London. Yes, you may to look for it and drive here there and everywhere, but it’s oh so rewarding when you find somewhere special like Petworth. 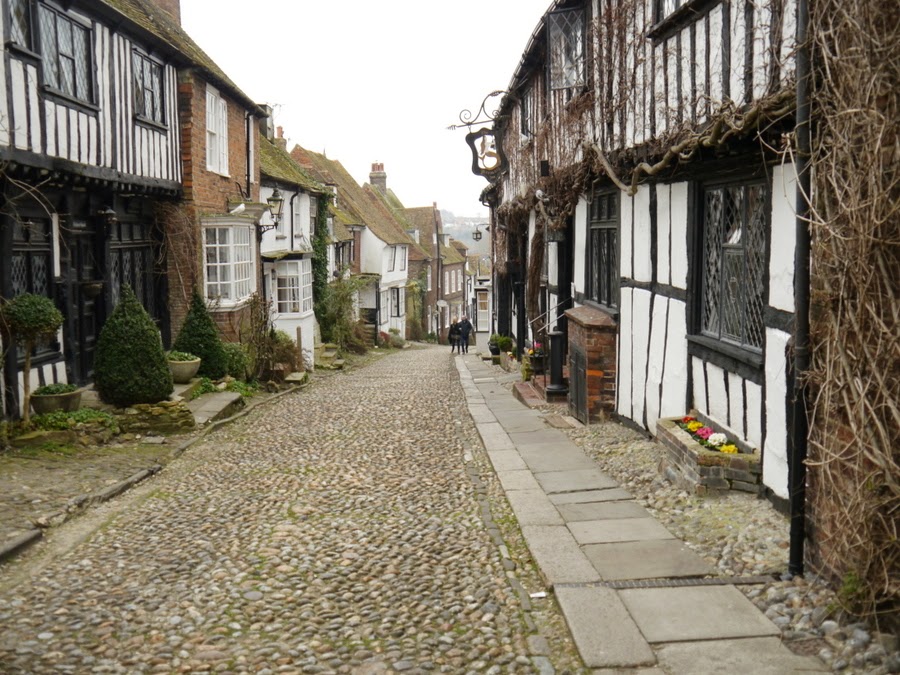 Well! Rye is a treat. We ventured over there one blustery cold day for some fresh air. I’m a little intrigued by the Sussex 1066 country. I think I like this part of Sussex best. Must be the history. 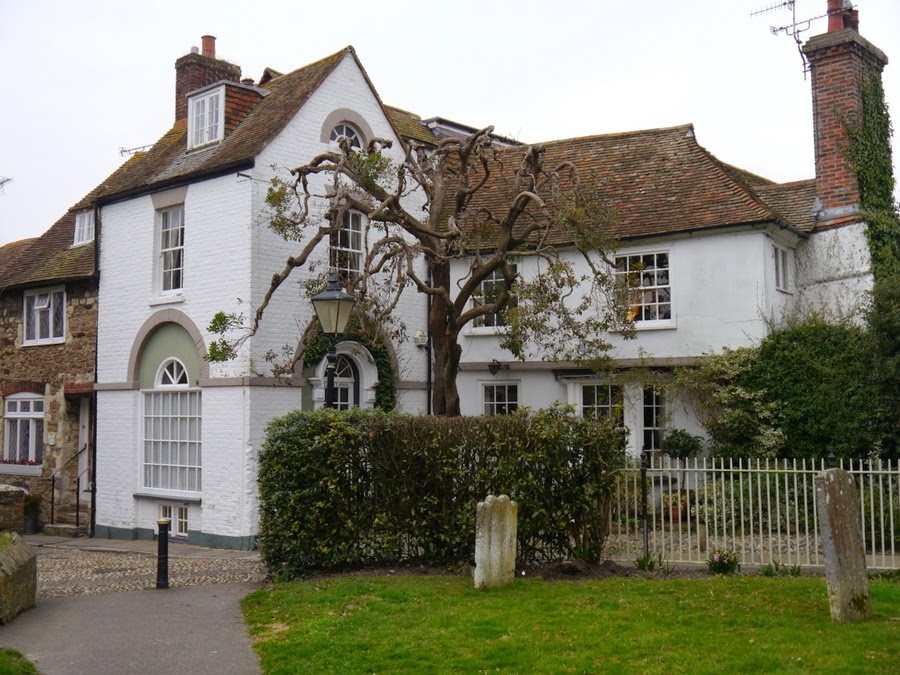 I’m all about finding unique, independent-type places and Rye was high on my list. Oh the irony though. When I was small and living in rural Kent my mum “dragged” me to Rye. I was so bored. I just remember no high street shops or anything going on and couldn’t wait to leave. Ha! 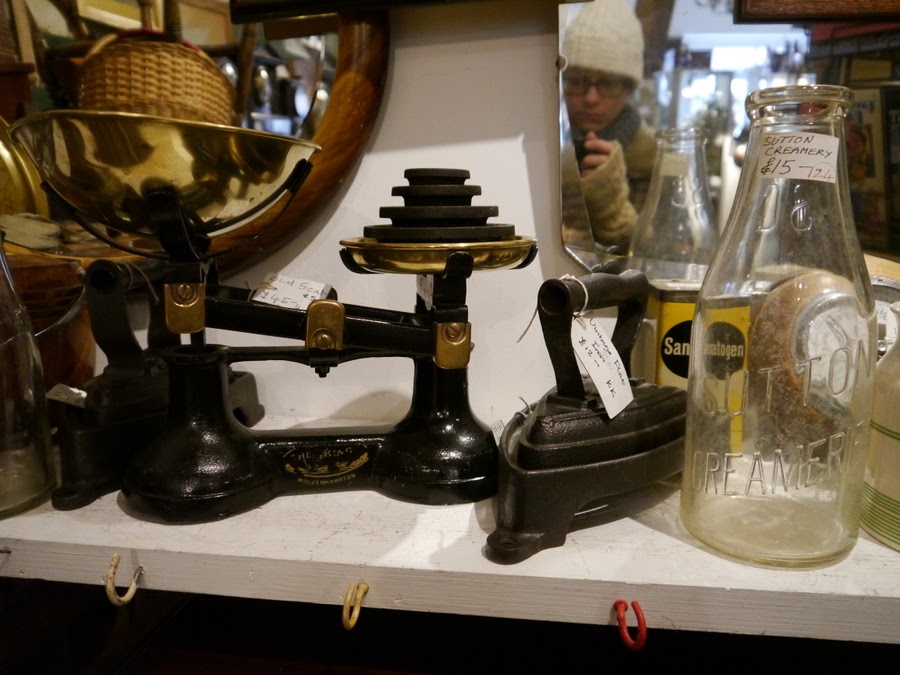 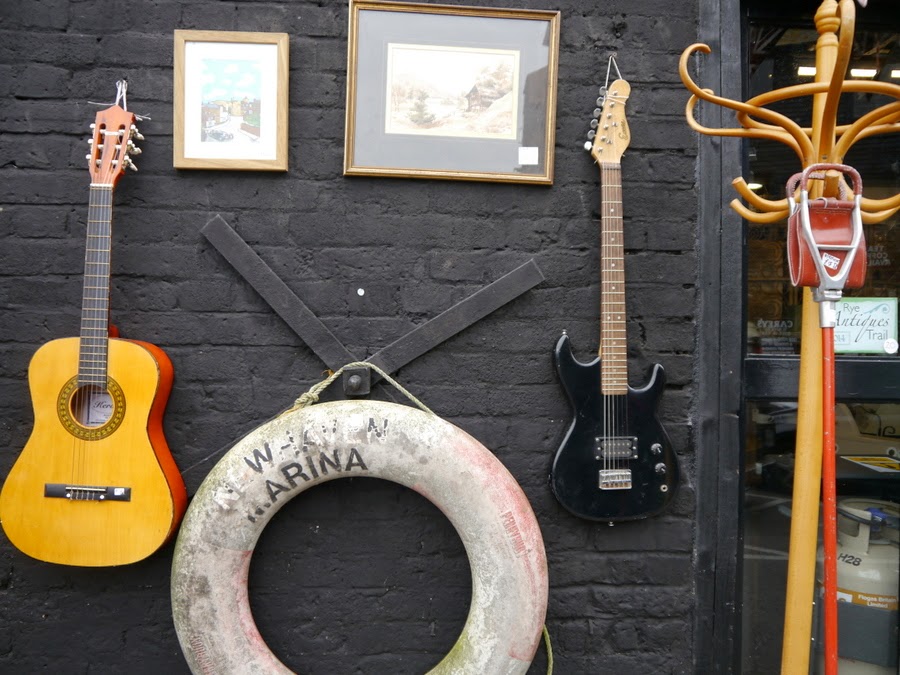 The outside of Rye is nothing special. It’s all about the inside of the medieval fort town, which has been preserved in time. It’s crammed packed with narrow streets and curious shops and it’s a really creative vibrant place. The houses are a gorgeous mix of Georgian and Tudor. 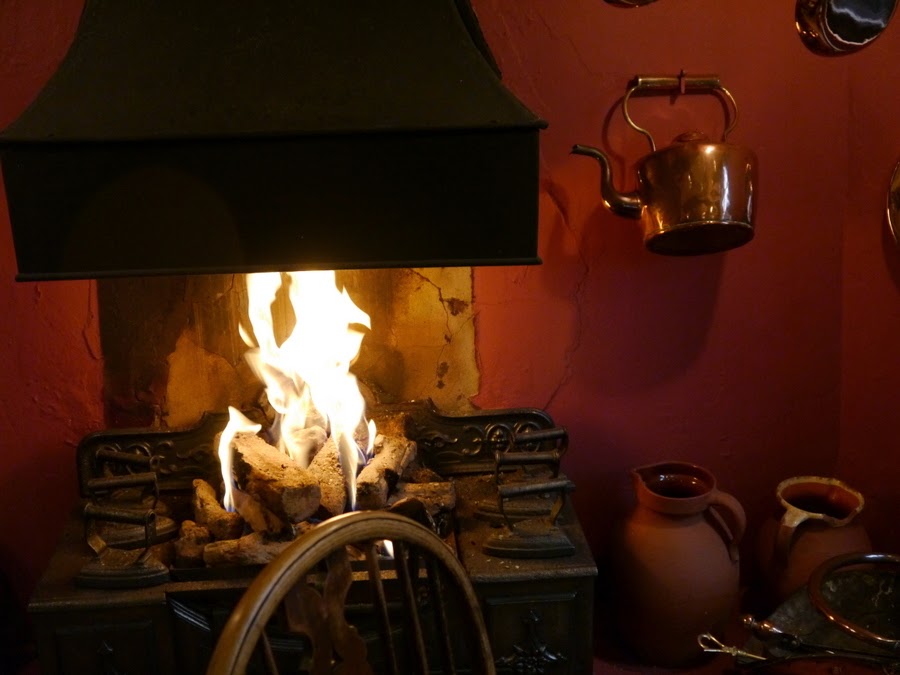 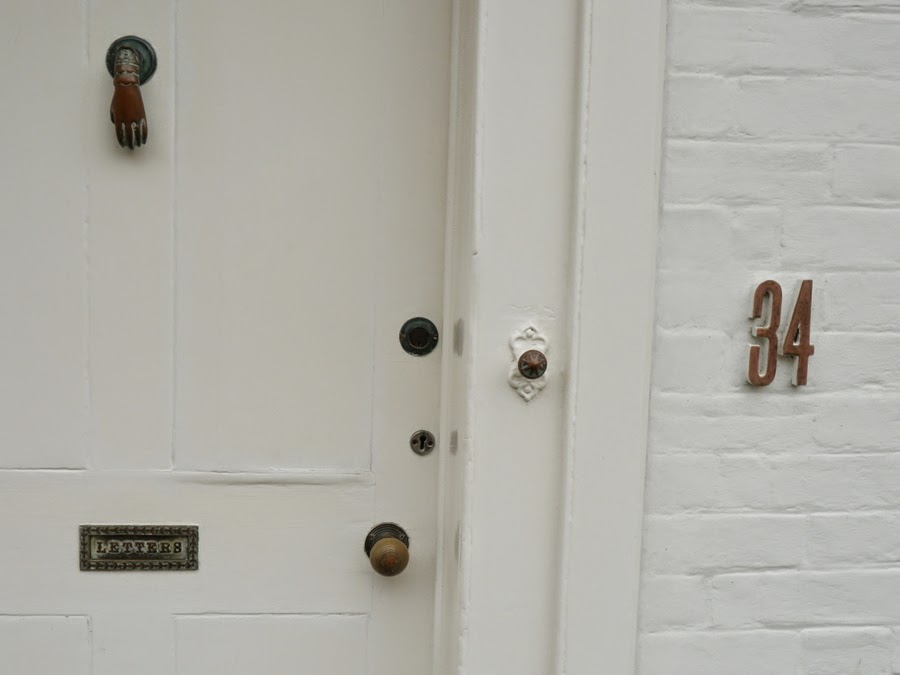 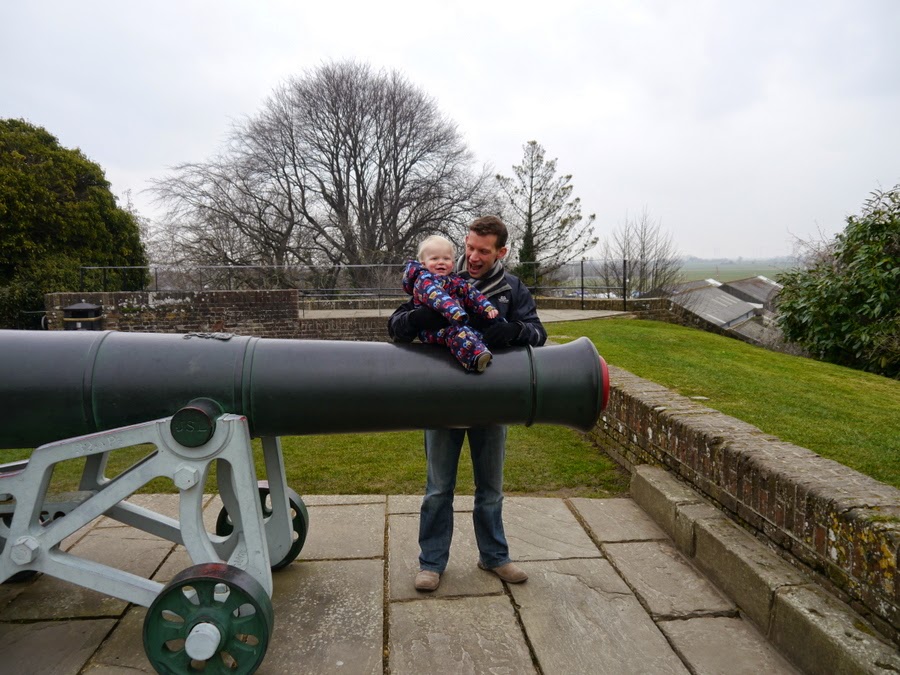 We just spent time meandering around the streets drinking hot chocolate and admiring the architecture. Next time I’d like to see the nature reserve. There is also Lamb House and the museum. Too cold this time!

Hastings is a town of two halves. There’s the new town. Ubiquitous chain stores, slightly-scary-but-probably-just-bored-and-fed-up-of-the-down-from-Londoners teenagers hanging about smoking fags and kicking cans, and that slight sense of   hopelessness that often hangs around old seaside towns.

But there’s the old town. It’s been likened to “shoreditch-on-sea”. I think that doesn’t do this part of Hastings justice. It’s better than that. It’s got bags of character, old Tudor buildings mixed in with Victorian all vying for space up and down this hilly part of town. Junkyards sit side by side with kiss-me-quick seaside shops selling beach balls and rock. Artisan bakeries and a shop selling tea, spices and herbs next to an old fashioned bicycle shop. Regulars and locals say hello to each other. A dreadlocked tie dye wearing hippy looks just as in place as an old codger with flat cap and stick. It’s trendy yet unpretentious.My only moan would be that there isn’t that many child friendly cafés. It caters more to an evening crowd with dingy pubs and trendy bars. 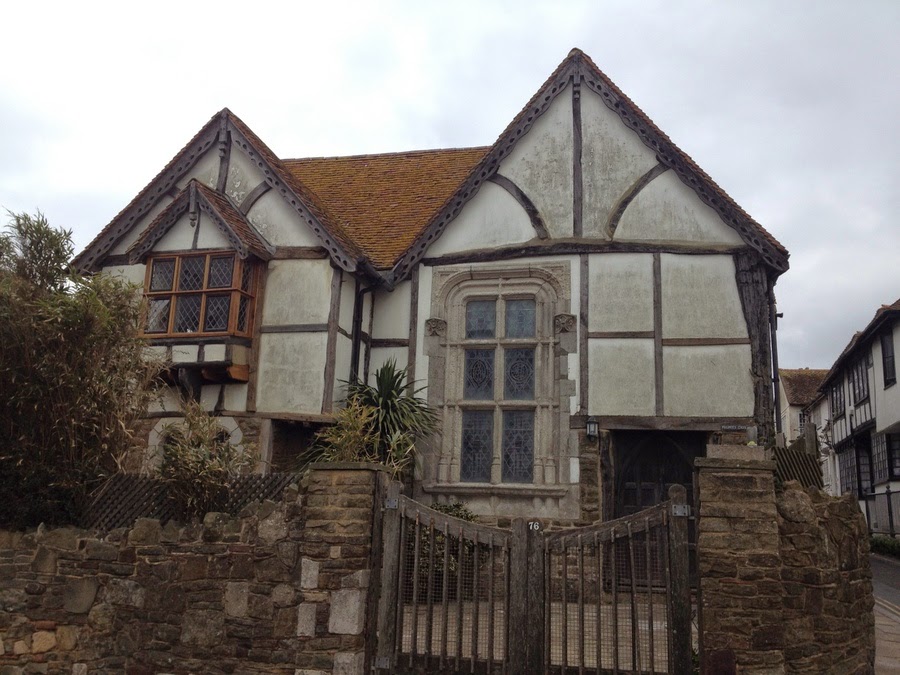 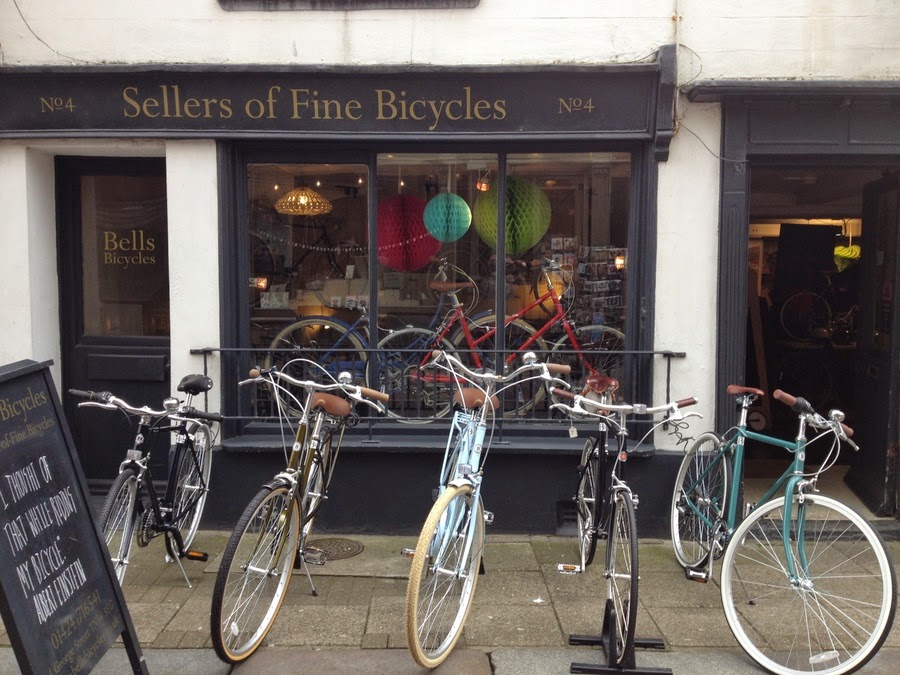 That said it’s still a great place to visit with small people. George Street and the High Street (the two main roads) are pedestrianised and have a relaxed, easy feel about them. It’s a bustling place but it’s not rammed so it’s easy to cart a pushchair about or let your kids run around a bit. Unfortunately some of the junk shops are too crammed full of goodies to fit in a pushchair but you can’t have everything. 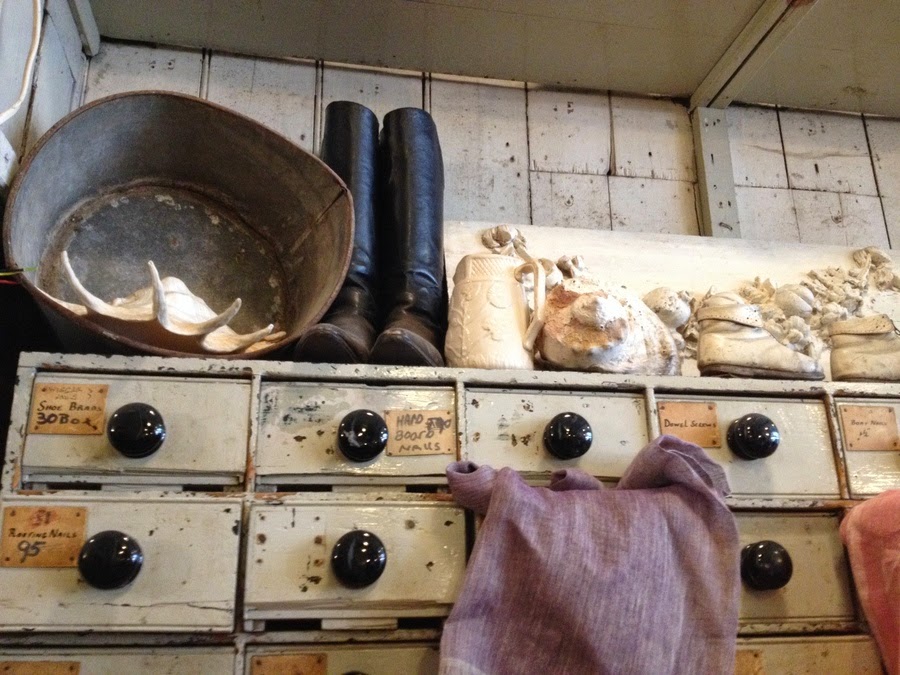 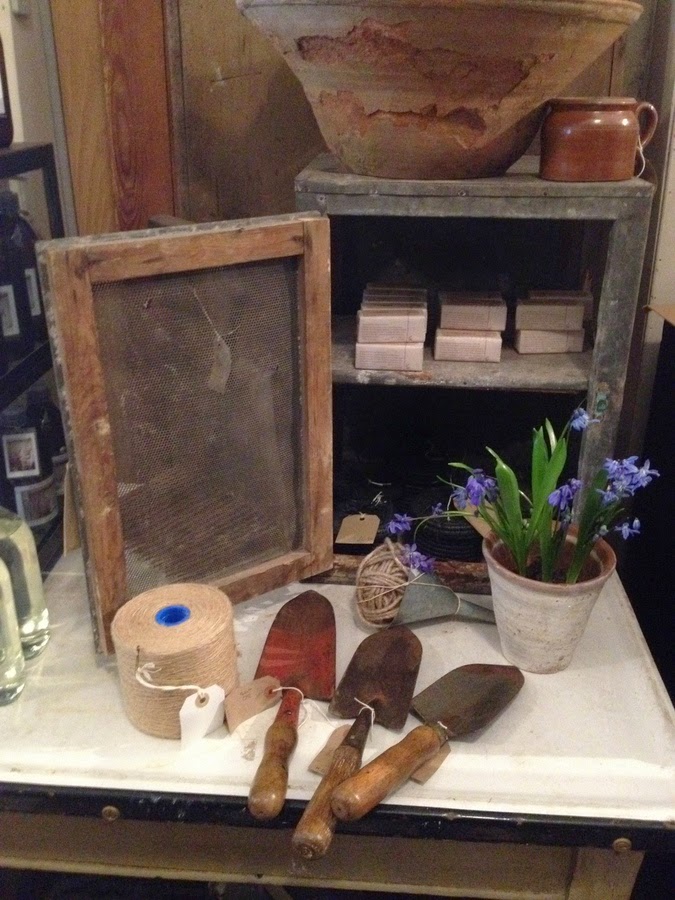 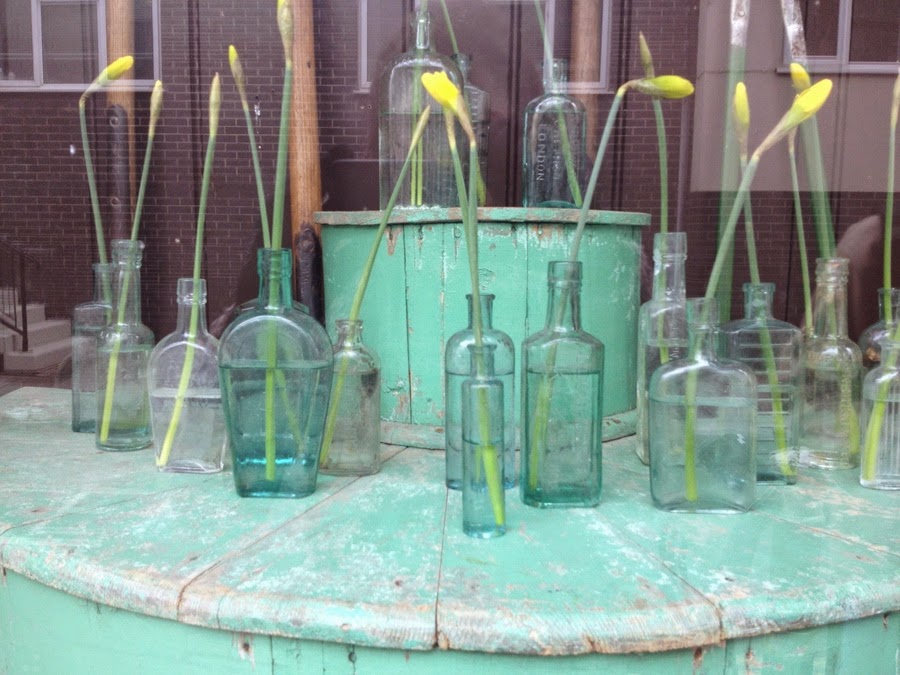 Not only is there the fabulous high street, there’s the sea! There’s also an aquarium, a mini steam train, working fish shacks, an art gallery and two funiculars – one takes you to Hastings castle, the other to Hastings country park, containing acres and acres of heather-filled chalklands overlooking the English channel 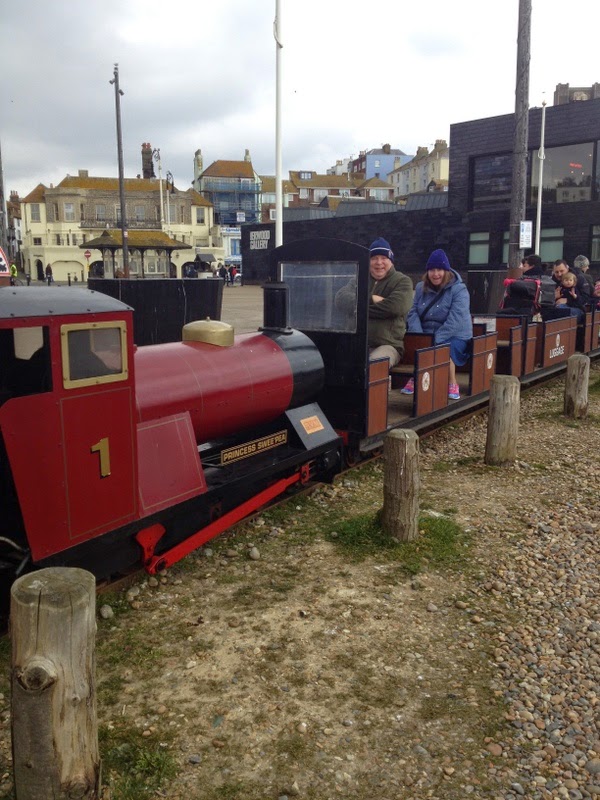 On this visit we only had time to visit the sea,pick round the shops and take a trip up one if the rickety old funiculars to the park. The little guy loved the sea. Sometimes you forget that small people don’t need whistles and bells and plastic cramp or £20 entry play farms. They are happier playing with (and trying to eat) the stones by the sea. 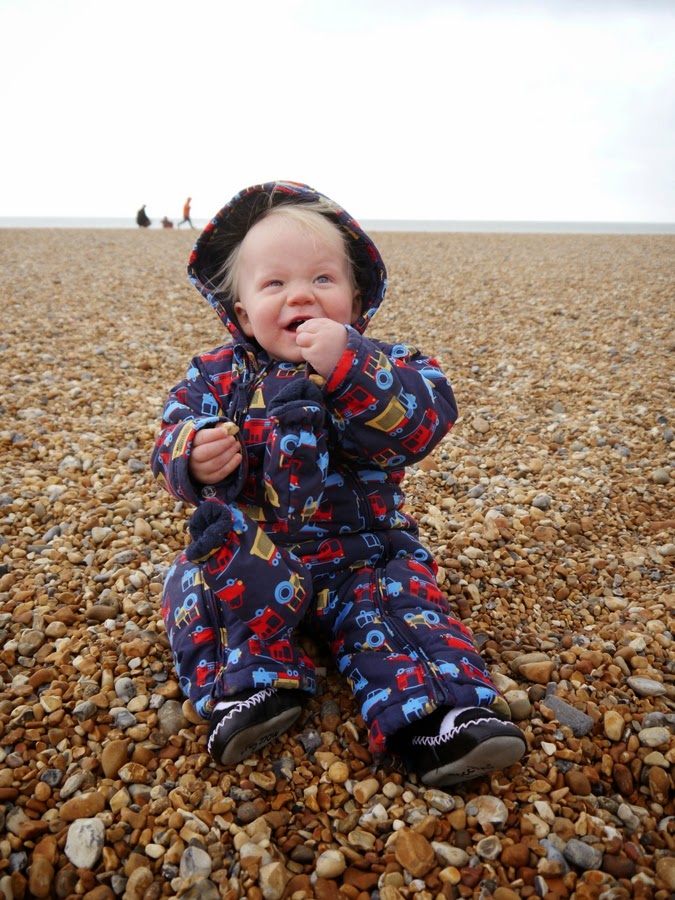 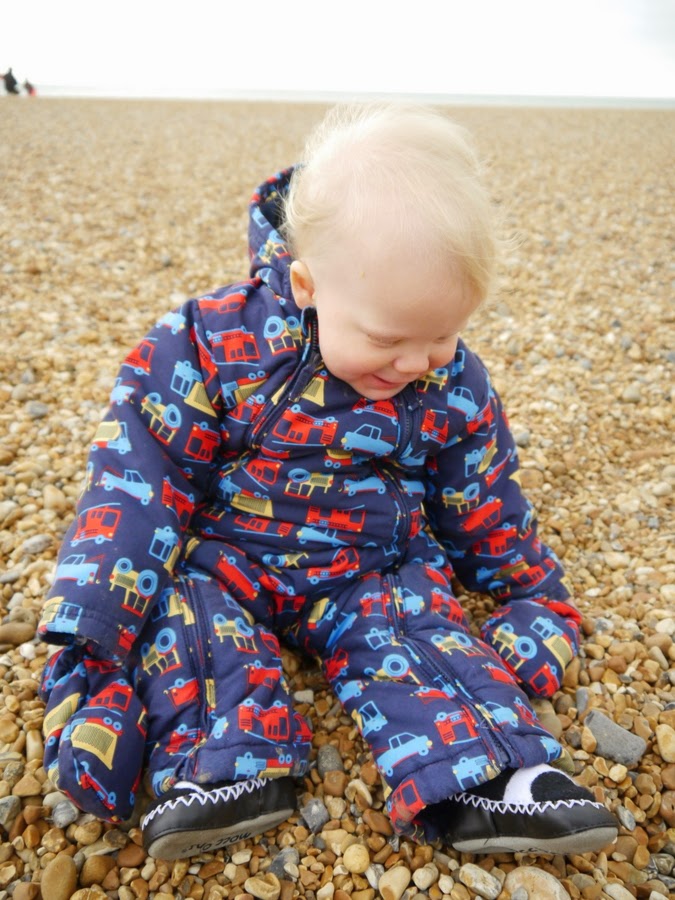 He also loved the funicular trip. A funicular is basically a train carriage that is hauled up and down the cliff face. I’m sure it is safe! 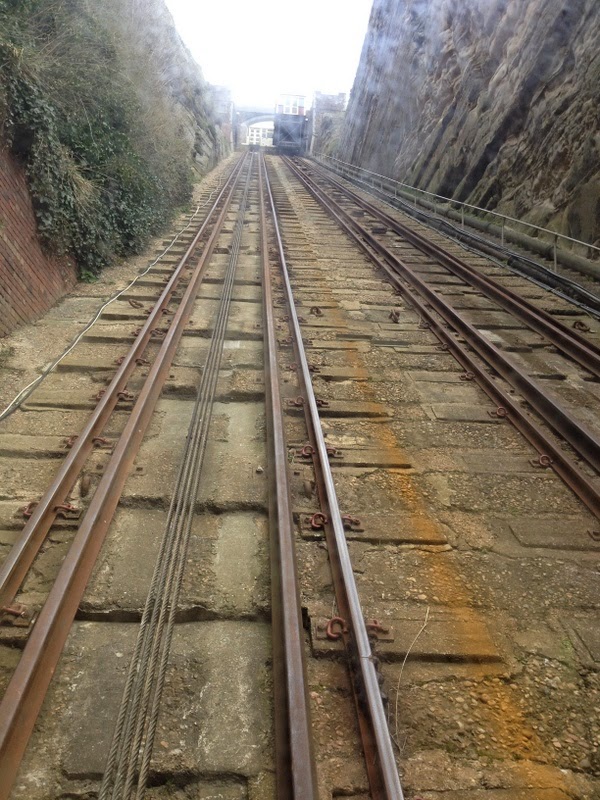 Next visit (I’m sure there will be many) we’ll visit the aquarium and the art gallery.

A dip in the sea

A day trip to Lewes and the Seven Sisters

A day trip to Lewes was like a beacon of light to my weary death-by-suburbia soul. A brewery! Antique shops! Period houses! Stuff going on!