Nine reasons why Mauritius is the ultimate family-friendly holiday

Mauritius is a fantastic family holiday destination. It has long been known as a hot honeymoon destination, but it’s also surprisingly family friendly too. In fact, if you want good value winter sun, it’s probably one of the best places to escape to. Here’s nine reasons why Mauritius is the ultimate family-friendly holiday.

Holiday flights to Mauritius for a family holiday are direct from London and frequent, meaning you can shop around for the best deals and timings. Air travel time is long at just under 12 hours, but if you chose an overnight flight, your kids may get a decent sleep at least! Even though Mauritius is a day away, it’s only four hours ahead which means jet lag is never going to be that bad. You could even work on your own time (we adjusted ourselves by two hours only, which meant a late breakfast, tea and bedtime, and best of all, less ratty children).

There is never really a bad time to visit Mauritius for a family holiday, though if you stay between November and April, you’re likely to have some rains and high humidity. It’s still a popular time to visit though as you are guaranteed winter sun. The dry, cooler season runs from May to October, so Mauritius is a great option if you want some half term or summer holiday sunshine.

It’s multi everything – ethnicity, religion, language, culture. There’s nowhere else in the world like it, and it’s a great experience for a family holiday in Mauritius. A little bit Indian, African, European and Chinese. Meet Hindus, Christians and Muslims speaking in French, English and Creole. Maybe even Urdu, Chinese or Hindi too. Expect to see Chinese spices in French-inspired food and crumbling Colonial mansions next to Hindu temples. This diverse culture is down to immigration – of Arabs, Dutch, Portuguese, British, French plus slaves from Mozambique and Madagascar and migrants from India and China. It’s rich history sets it apart from other idyllic islands. A visit to the bustling port town of Port Louis on market day would be a great way to capture the essence of Mauritius in a morning.

The doomed dodo alas is no more, but there is plenty of other endemic species to wow at on a family holiday to Mauritius including giant fruit bats, incredibly rare pink parrots, Mauritian parakeet and kestrel, butterflies, skinks and geckos. Other amazing animals include sperm whales, dolphins, giant tortoises, crocodiles, plenty of colourful coral fish and turtles if you are lucky. Places not to miss includes the UNESCO Black River Gorges National Park or Ile aux Aigrette, a tiny island, for a taste of the original Mauritius, and still fine for little legs to trek round, and Le Morne in the southwest for whale and dolphin spotting. If you prefer nature a little more tamed, try La Vanille Nature Park (great for kids) and the Botanic Gardens.

Mauritius’ track record for safety is pretty good. Of course, you can never rule out theft or crimes anywhere, but on the whole you can expect a welcoming island. Mauritius is a democratic peaceful country, known for political freedom and low tensions, which is quite amazing given its diversity. It’s also friendly with neighbouring and distant countries.

The beaches are to die for, and they are pretty great for kids too. Shallow, calm waters. Shade provided by palm trees. Helpful coconut shacks and cafes dotted about in hotel resorts. A-grade snorkelling and diving. As a general guide, the northwest of the island is busier, so you can expect more activities and shops here, but perhaps more hassle also. The west coast gets the dramatic sunsets. South and east tend to be quieter, with less facilities outside of resorts, but peaceful. The east tends to receive more wind.

There is no benchmark beach in Mauritius – they are all stunning. The main beaches that families with older kids might enjoy include Flic-en-Flac, Trou aux Biches and Grand Baie in the north and west. Ile aux cerfs is definitely worth a trip on the ferry to get there to discover Robinson Crusoe-esque sand and sea (and all the watersports under the sun). Le Morne in the south is also beautiful with fewer crowds. In summary, Mauritius beaches are the best for a family holiday!

Mauritius knows how to do resorts, and the majority of them are family-friendly too, with babysitting services, kid’s clubs, creches, activities galore, kid’s menus and toddler pools. There are, however, only two resorts in Mauritius which have a baby creche – Heritage Le Telfair (it’s sister resort Heritage Awali can also use at a fee), Lux Belle Mare and Anahita.

The best resorts for families with older children include Constance Belle Mare Plage, La Pirogue, Shangri-La Le Touessrok, The Westin Turtle Bay and Trou aux Biches. For those on a tighter budget the Zilwa Attitude is a highly-rated four-star gem that adores hosting kids.

Of course there’s lazing in the sun on a family holiday in Mauritius while the kids play in the pool or on the beach, but most resorts also put on a plethora of activities for kids and the family. Expect to choose from paddleboarding, yoga, jeep rides, horseriding, surfing, snorkelling, swimming with dolphins, tennis, mini golf, mountain biking, sailing, windsurfing and kayaking. Venture out of the resort, and there’s tons more for families. Federica Nature Reserve, Ile aux Cerfs, Casela Nature Park, the Botanical Gardens, the Sugar Museum, La Vanille Crocodile Park, Blue Safari submarine or a zipline tour. Completely spoilt for choice.

Mauritius can be great value for money  for a family holiday if you book early, or shop around for the best deals. The country is an expert at all-inclusive resorts, so this is your best best if you are looking for a luxury bargain for the family. If you have younger children, it’s wise to travel outside of school holidays to avoid paying extra for flights, but even during school holidays there are deals to be done, as it tends to be a quieter period for the country’s tourism. 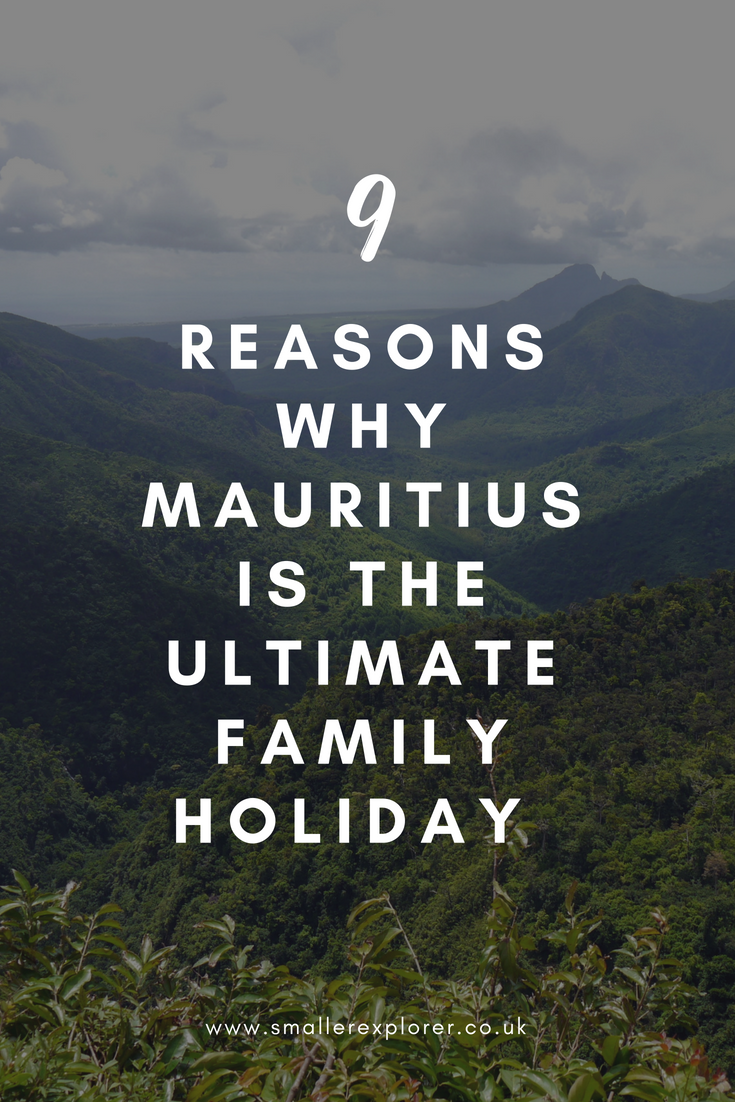 Wild and remote places in the UK to...

I love the sound of the diversity of Mauritius, I hadn’t realised it was such a melting pot. With beaches, water sports and national parks to explore, it sounds like the perfect holiday! #FarawayFiles

It definitely was! x

We would really like to go to Mauritius but I hadn’t realised that you could get good value flights and hotels there. I think I always assumed it was very high end. I shall definitely look into it as it’s a destination we’d absolutely love for all the reasons you’ve written about here. Thanks for sharing on #FarawayFiles

Yes – you can definitely get a decent deal if you keep an eye out. That said, I doubt anywhere in school holidays is a bargain!

I would prefer Mauritius to Maldives as I find the latter more suitable for couples while the former has more activities to do on the island other than swimming, snorkeling or diving. Hope to make a trip to Mauritius some day! #FarawayFiles

I’d also take the Maldives! But maybe when they are older (and when we save enough $$$)